Crawling robots ‘could soon be the future of wind turbine maintenance’ 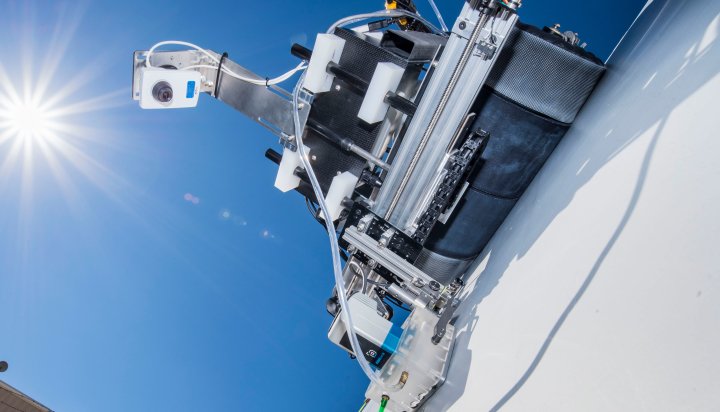 Crawling robots could soon be the future of wind turbine maintenance.

That’s according to Sandia National Laboratories in the US, which says robots and drones equipped with infrared cameras could detect damage to turbine blades and keep wind farms operational for longer – in turn, this can drive down the cost of energy.

It stresses this is becoming increasingly important at a time when wind turbine blades are getting bigger, more expensive and harder to transport.

In partnership with International Climbing Machines and Dophitech, the laboratory built a crawling robot able to move from side-to-side up and down a wind blade.

It uses on-board cameras to take real-time, high-quality images of surface damage, as well as small deviations that may signal larger damage under the surface.

The robot also uses an ultrasonic wand to scan the blade for otherwise invisible damage.

Used in conjunction with flying drones using thermal-scanning technologies, researchers say this offers a method of inspection that is much faster and more detailed than traditional surveys carried by humans using cameras.

Joshua Paquette, Mechanical Engineer in Sandia’s wind energy programme, said: “A blade is subject to lightning, hail, rain, humidity and other forces while running through a billion load cycles during its lifetime but you can’t just land it in a hanger for maintenance.

“By the time you can see a crack on the outside of a blade, the damage is already quite severe. You’re looking at a very expensive repair or you might even have to replace the blade.”

Another recent study notes using drones to help map out solar energy projects could reduce the cost of their design by around 70%.