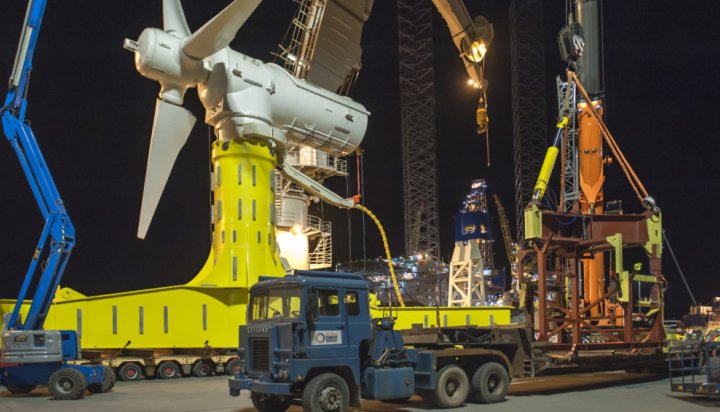 The renewable energy project developer, owner and operator claims this eclipses the previous export record of approximately 11GWh and notes its MeyGen technology has exported more than 7GWh of clean power to the grid in 2019 alone, equivalent to the average annual electricity consumption of more than 2,200 households.

It adds this year’s activities have generated £1.85 million of revenue and represent the longest period of uninterrupted generation from a multi-MW tidal turbine array ever achieved – total system availability so far this year sits at around 90% and reached as high as 98% during the second quarter.

It notes MeyGen has been successfully registered for the 2019 Contracts for Difference programme and says management is currently assessing bidding strategies.

Tim Cornelius, CEO of SIMEC Atlantis Energy, said: “We are delighted to report the continued strong performance of the turbines at MeyGen. Uninterrupted production generates large volumes of valuable performance data which can be used to improve performance, optimise future system design and provide confidence to project financiers who will be called upon to fund our plans to expand this world-renowned project.

“The MeyGen team is currently working on several initiatives to increase the installed capacity of the project so we can exploit fully the 398MW seabed lease. Full build-out would represent a capacity which is 50% higher than Dounreay, the largest nuclear station in the Highlands of Scotland.”