The Business, Energy and Industrial Strategy Committee says progress is stalling not due to a lack of evidence on how to drive uptake but ‘a lack of political will’ 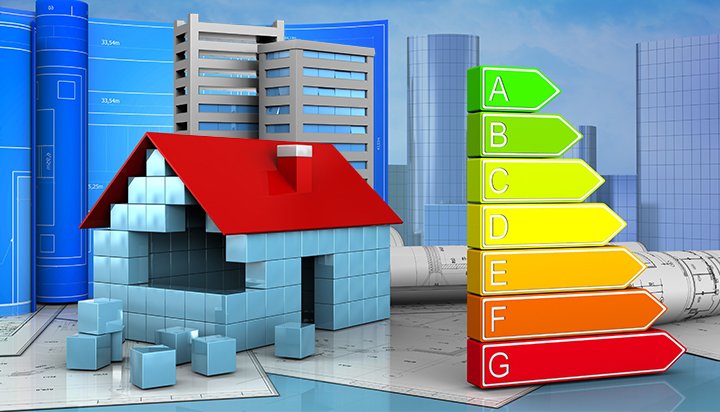 The UK “stands no chance” of meeting its emissions reduction targets as well as the 2050 net zero goal without urgent action on energy efficiency.

The warning comes from the Business, Energy and Industrial Strategy (BEIS) Committee, which is urging the government to improve the energy efficiency of buildings and revive its “failing” policy to help meet climate change targets as well as reduce energy bills and tackle fuel poverty.

The MPs say energy efficiency is the cheapest way of cutting carbon emissions but with a reduction in public investment, the rate of installations have fallen.

They add home insulation measures under government schemes are now around 95% lower than in 2012.

The Committee is concerned the government has set its targets, including the requirement for all homes to be at least Energy Performance Certificate (EPC) Band C by 2035, “without having a clear grasp” of how much public investment is required to meet them.

It strongly recommends the government does not use its “undefined caveat” of “where practical, cost-effective and affordable” that it attached to its EPC Band C goals as a vehicle to curb upfront costs.

The report suggests the UK Government considers energy efficiency “less of a priority” than its counterparts in Scotland, Wales and Northern Ireland, as it found a “profound disparity” between the public money invested in residential energy efficiency schemes in England compared to the devolved nations.

The Committee says the government’s recent announcement of a £5 million Green Home Finance Innovation Fund is “woefully inadequate” to stimulate demand for energy efficiency and is disappointed it disregarded the possibility of linking Stamp Duty Land Tax to energy efficiency before undertaking any pilot.

It is calling on the government to publish its energy efficiency Action Plan without further delay to explain how it intends to meet its EPC Band C target for 2035.

It adds the government wants the social housing sector to be a “flag bearer” for energy efficiency standards but has failed to set out a delivery mechanism.

The report suggests a majority of large house builders will only raise energy standards of buildings if required to do so by regulation and is therefore calling for the Future Homes Standard to be legislated as soon as possible and recommends the Building Regulation is revised to close loopholes that allow developers to build new homes to outdated energy efficiency standards.

The Committee believes the government has failed to help boost energy efficiency within businesses and most firms aren’t aware of the targets for the sector.

It states: “The market is not delivering change at the pace needed and neither is the regulatory framework. We recommend a step-change in the government’s approach to regulating the sector, with the ratcheting up of the minimum energy efficiency standards, the mandating of operational performance ratings and improved standards for new commercial buildings.”

The MPs say progress is stalling not due to a lack of evidence on how to drive energy efficiency uptake but “a lack of political will”.

They are urging the government to fill the “substantial investment gap” and allocate more central funding if it is “serious” about achieving its climate and fuel poverty goals.

BEIS Committee Chair Rachel Reeves MP said: “Improving energy efficiency is by far the cheapest way of cutting our emissions and must be a key plank of any credible strategy to deliver net zero by 2050. If the government lacks the political will to deliver energy efficiency improvements, how can we expect it to get on with the costlier actions needed to tackle climate change?

“More energy efficient buildings are not only crucial for tackling climate change but are vital for lowering customers’ energy bills and lifting people out of fuel poverty. Despite a consensus on what needs to be done, ministers have continued to sit on their hands and failed to deliver the policies needed to boost energy efficiency.

“The government needs to commit to investing in schemes to ensure all buildings are brought up to the highest energy efficiency standards. The government has failed to close loopholes in regulations that allow builders to outdated standards and also enabled builders to sell homes that do now meet the standards advertised.”

It added its ambition for all homes to be at least EPC Band C by 2035 is part of its wider commitment to achieving net zero emissions as well as reducing energy bills for households.

A spokesperson said: “To achieve this we have invested £5 million to develop green mortgages to help homeowners improve the efficiency of their properties, offered support for businesses to take action and our dedicated scheme is improving the energy performance of up to 17,000 public buildings – including schools and hospitals.”