Richard Walton, Senior Fellow at Policy Exchange, says the movement of climate protestors seeks a ‘subversive agenda’ and calls for police and government to crack down on the group 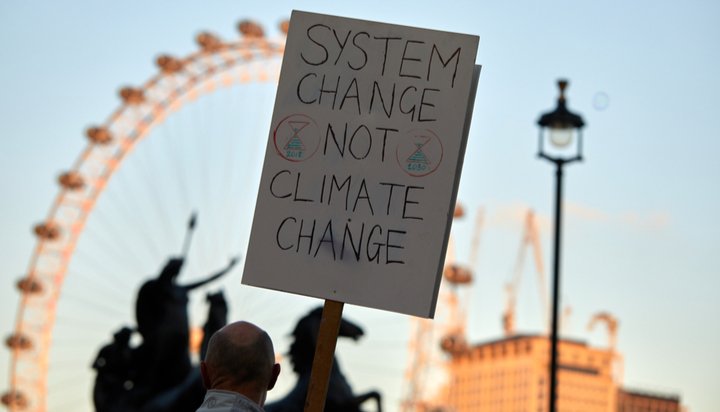 A former Head of the Metropolitan Police Counter Terrorism Command (SO15) has warned that Extinction Rebellion are an extreme anarchist group and should be treated as such.

Formed in 2018, the group is now made up of tens of thousands of followers spread across hundreds of local groups – Mr Walton claims it is a campaign of a pre-existing network of activists called ‘Rising Up!’, the campaigning arm of a company called Compassionate Revolution Ltd, which he believes has origins in the anti-globalisation Occupy Movement.

He calls for politicians to stop endorsing or legitimising the group, which he says promotes an ideology of ‘post capitalism’ and ‘de-growth’, encourages law-breaking, increases the burden on the UK’s police force and causes serious economic and social disruption.

Mr Walton even suggests “it is not inconceivable that some on the fringes of the movement might at some point break with organisational discipline and engage in violence” and calls for police to be significantly more proactive in enforcing laws that relate to public protest.

He argues legislation needs to be urgently reformed in order to support this and states the Crown Prosecution Service should prosecute offenders to uphold the rule of law and act as a deterrent.

The former Terror Chief adds the Home Office should also audit the financial cost of the unlawful protest activity that is being undertaken by Extinction Rebellion.

He said: “The ‘civil resistance model’ they espouse is intended to achieve mass protest accompanied by law-breaking — leading eventually to the breakdown of democracy and the state. Obscured from public view, these objectives mark Extinction Rebellion’s campaign out as an extremist one that seeks to break down the established civil order and liberal democracy in the UK.

“Many followers of Extinction Rebellion are completely unaware of this secondary objective, despite it being readily espoused by their leaders in YouTube posts of their speeches and in their publications. Celebrities, politicians and members of the public have been seduced into believing that Extinction Rebellion’s methods and tactics are honourable and justified, when clearly they are not.”

Extinction Rebellion responded to the report in a tweet: “We hold our hands up. It is a fair cop. We are guilty as charged. We are trying to advert #ecocide because we love life too much to stand by & let government inaction on the climate & ecological crisis kill it. Join us, Rebel.”