How does plastic waste travel through rivers? 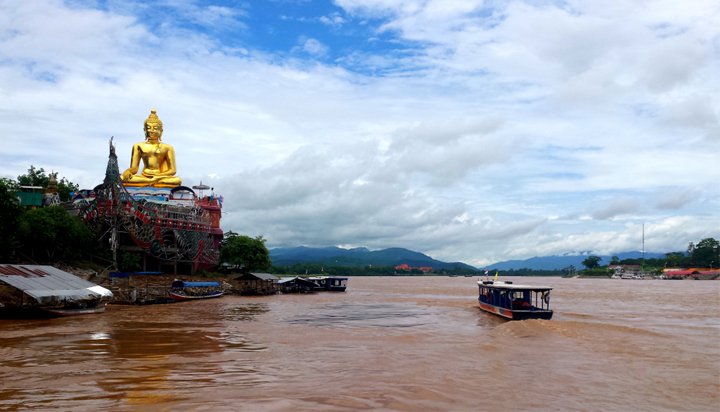 One of the world's most polluted river, Mekong, in Southeast Asia. Image: Shutterstock

Plastic waste in one of the world’s most polluted mega rivers is being documented by researchers, with the aim of developing solutions to mitigate the mounting issue.

The ‘River of Plastic’ study, being conducted by a team of researchers at the University of Hull, will allow them to gain a better understanding of how plastic waste travels through the Mekong River in Southeast Asia.

Around 60 million people depend on the river – which is the world’s 12th longest, with an estimated length of 4,350km – and its tributaries for food, transport and many other aspects of their daily lives.

The university says despite evidence showing the top 20 polluting rivers contribute to more than 67% of waste to the world’s oceans, there has been no systematic study of plastic transportation.

The project, part funded by the National Geographic Society, will also enable the researchers to better understand plastic pollution in some of the world’s rivers.

Dr Chris Hackney from the university said: “Predicting plastic transport in rivers is vital to evaluate is social and environmental threat, where it impacts multiple food chains and to develop solutions to mitigate ocean pollution. More than two thirds of marine plastic waste originate from mega rivers and the Mekong is one of the most polluted in the world. Understanding how plastic flows along the Mekong into the ocean is key to reducing its impact.

“Different plastics have different densities, although currently unquantified, this results in plastic being transported at different depths in rivers and ultimately oceans. Less than 1% is found at the surface, whilst the remaining 99% is unaccounted for. Quantifying plastic distribution with depths is key to understanding its source and how it is transported in rivers and oceans.”