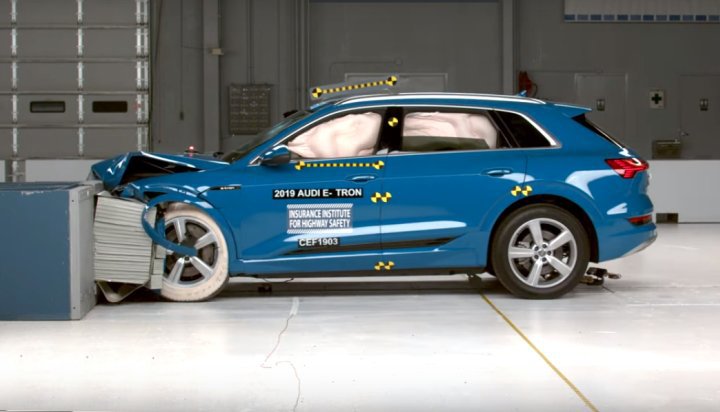 The 2019 Audi e-tron has become the first electric vehicle (EV) to score the maximum safety rating from the Insurance Institute for Highway Safety.

Introduced this year, the plug-in battery EV uses no petrol or diesel to power any part of the car, unlike hybrid models.

Crash tests include the front of the car clipping an object on each side and hitting an object relatively head-on, as well as side and roof impact tests.

It was also marked on how well it controls the head movement of occupants during a crash and whether its headlights dip depending on the presence of other road users – it scored well in both categories.

The EV scored a ‘superior’ rating in its front crash prevention test, avoiding a collision altogether in the 25-mph test and reducing its impact speed by an average of 11 mph in 12-mph tests.