Labour Mayor of London, Sadiq Khan and Conservative Mayor of the West Midlands, Andy Street have said the government must do more to go green and empower local regions to do the same 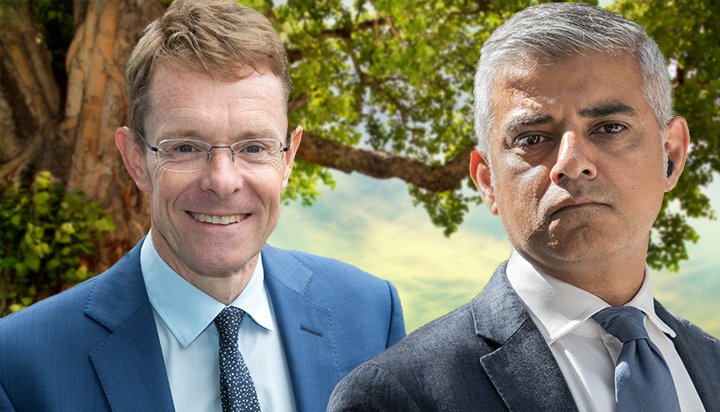 Sadiq Khan and Andy Street have called for more policies and powers to tackle environmental emergencies.

Writing for the Institute for Public Policy Research (IPPR) and the WWF, the Labour Mayor of London and Conservative Mayor of the West Midlands have said the government must do more to go green and empower local regions to do the same.

They stressed tackling environmental crises, addressing climate change and restoring nature will not only allow the UK to hit its climate targets but also improve people’s lives and allow businesses to take advantage of green economic opportunities.

Sadiq Khan set out his plan for creating a green new deal for London, suggesting the government should devolve power and resources to the capital, while Andy Street called for a new package of policies and increased government funding for devolved authorities – he has also asked for more funding to help build the first gigafactory for battery production in the UK.

Sadiq Khan, Mayor of London, said: “We can ramp up what we’re doing in the capital through the creation of a ‘Green New Deal’ for London. This must not be a gimmick or a bit of spin on existing activity.

“It should be a call to arms for everyone to play their part, set demanding targets for reducing carbon emissions and include clear policies that would lead to a cleaner, greener city.”

A BEIS spokesperson said: “Ending our contribution to global warming is our top priority. We believe shifting power away from Whitehall and working closely with local communities will help us to succeed. We are already doing this, building their capability to take advantage of the opportunities of the green economy.

“We have slashed emissions by almost 45% since 1990 whilst growing our economy by over two-thirds, and we are working tirelessly across government towards becoming a net-zero economy by 2050, led by our new Cabinet Committee on Climate Change.”