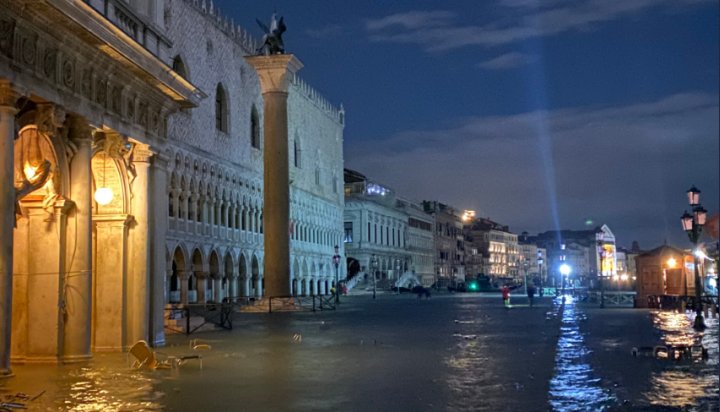 The Mayor of Venice has blamed extreme flooding on climate change.

Luigi Brugnaro said the Italian island-based city has been hit with the highest water levels witnessed in more than 50 years – he said the influx of seawater, reaching 1.87 metres, would leave “a permanent mark”.

Stormy weather has left popular locations such as St Mark’s Square have been completely flooded, leaving locals and tourists wading through the city’s streets.

St Mark’s Basilica has been flooded for the sixth time in 1,200 years, with the mayor suggesting the landmark had suffered “grave damage”.

Two people have been killed as a result of the flooding and many businesses and homes are said to have been significantly affected.

Mayor Brugnaro tweeted: “Even today facing tides that mark negative records. Tomorrow we will declare a state of calamity. We ask the government help us, the costs will be high. These are the effects of climate change.

“Venice is on its knees. St. Mark’s Basilica has suffered severe damage such as the entire city and the islands. We are here with Patriarch Moraglia to bring our support but we need the help of everyone to overcome these days that are putting us to the test.”