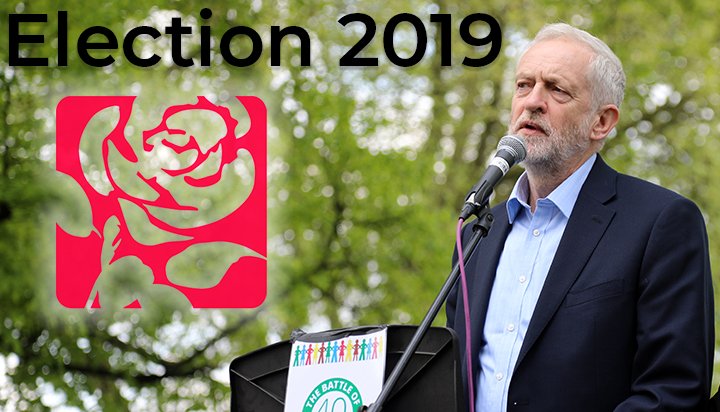 The Labour Party has pledged to kick-start a Green Industrial Revolution and tackle the climate emergency by moving to renewable energy, investing in electric vehicles (EVs) and making housing energy efficient if it wins the general election.

Leader Jeremy Corbyn said a Labour government will “unlock the potential of all those held back for too long” and rewrite the rules of the economy “so that it works for everyone”.

The party’s manifesto states: “Labour led the UK Parliament in declaring a climate and environmental emergency. The next Labour government will lead the world in fighting it, with a plan to drive up living standards by transforming our economy into one low in carbon, rich in good jobs, radically fairer and more democratic.

“The climate crisis ties us all into a common fate. This election is our best hope to protect future generations from an uninhabitable planet.”

The party will create a Sustainable Investment Board to bring together the chancellor, business secretary and Bank of England governor to oversee, co-ordinate and bring forward the investment, involving trade unions and businesses.

It will ask the Office for Budget Responsibility to incorporate climate and environmental impacts into its forecasts so the cost of now acting will be factored into every fiscal decision.

It will also launch a National Transformation Fund of £400 billion and rewrite the Treasury’s investment rules to guarantee every penny spend is compatible with the UK’s climate and environmental targets – and the costs of not acting are fully accounted for too.

Out of this, £250 billion will directly fund the transition through a Green Transformation Fund dedicated to renewable and low carbon energy and transport, biodiversity and environmental restoration.

The party will change the criteria a company must meet to be listed on the London Stock Exchange so any business that fails to contribute to tackling the climate and environmental emergency is de-listed.

It will introduce a new Clean Air Act, with a vehicle scrappage scheme and clean air zones and invest an extra £5.6 billion to improve the standard of flood defences and respond to the increased risk of flooding.

Labour will develop the recommendations of its ’30 by 30’ report to put the UK on track for a net zero carbon energy system within the 2030s “and go faster if credible pathways can be found”.

It aims to deliver nearly 90% of electricity and 50% of heat from renewable and low carbon sources by 2030, in addition to installing 7,000 new offshore wind turbines, 2,000 new onshore turbines, enough solar panels to cover 22,000 football pitches and new nuclear power for energy security.

It will trial and expand tidal energy and invest to reduce the costs of renewable and low carbon hydrogen production.

The party has also pledged to upgrade almost all of the UK’s 27 million homes to the highest energy efficiency standards, reducing the average household energy bill by £417 per year by 2030 and eliminating fuel poverty.

It will also introduce a zero carbon homes standard for all new homes and roll out technologies like heat pumps, solar hot water and hydrogen and invest in district heat networks.

It also commits to permanently banning fracking while expanding distributed and community energy and investing in grid enhancements and interconnectors.

The manifesto added: “We will support energy workers through transition and guarantee them retraining and a new, unionised job on equivalent terms and conditions.”

In addition, the party will introduce a windfall tax on oil companies and provide a strategy to safeguard the people, jobs and skills that depend on the offshore oil and gas industry.

Under Labour’s plans, a new UK National Energy Agency will own and maintain the national grid infrastructure and oversee the delivery of the nation’s decarbonisation targets and 14 new Regional Energy Agencies will replace the existing district network operators and hold statutory responsibility for decarbonising electricity and heat and reducing fuel poverty.

The supply arms of the Big Six energy companies will be brought into public ownership where they will continue to supply households with energy while helping them to reduce their energy demand.

Whenever public money is invested in an energy generation project, the public sector will take a stake and return profits to the public.

The Committee on Climate Change will be asked to assess the emissions the UK imports as well as those it produces and recommend policies to tackle them, including making UK industry the greenest in the world.

Labour will create an innovation nation, setting a target for 3% of GDP to be spent on research and development (R&D) by 2030, with the aim of achieving it by increasing direct support for R&D and reforming the innovation ecosystem to better ‘crowd in’ private investment.

It will establish a Foundation Industries Sector Council to provide a clean and long-term future for existing heavy industries like steel and glass and fund R&D into newer technologies like hydrogen and carbon capture and storage (CCS).

The global plastics crisis will be tackled by investing in a new plastics re-manufacturing industry “creating thousands of jobs”, ending exports of plastic waste and reducing the UK’s contribution to ocean pollution.

The party pledges to deliver rail electrification and expansion across the whole country, including in Wales and ensure major infrastructure projects pay due regard to the environmental impact.

It will promote the use of rail freight to cut carbon emissions, air pollutants and congestion on roads and increase funding available for cycling and walking.

Measures will be introduced to ensure zone around schools are safer with cleaner air and make people less reliant on their cars for better health and cleaner environment.

It will invest in electric vehicle (EV) charging infrastructure and in electric community car clubs while accelerating the transition of the public sector car fleets and public buses to zero emission vehicles.

Labour’s Green Industrial Revolution is expected to create at least one million jobs in the UK.

A Climate Apprenticeship programme will be launched to enable employers to develop the skills needed to lead the world in clean technology.

Under this programme, employers will be expected to allocate 25% of the funds in their Apprenticeship Levy accounts to training climate apprentices. These funds can be spent directly or allocated to a ring-fenced Climate Apprenticeship Fund, which will be topped up with any surplus raised through Inclusive Ownership Funds and made accessible to non-levy-paying businesses.

Targeted bursaries will be available to women, BAME people, care leavers, ex-armed forces personnel and people with disabilities to encourage them to take up climate apprenticeships – which the party believes is the “STEM of the future”.