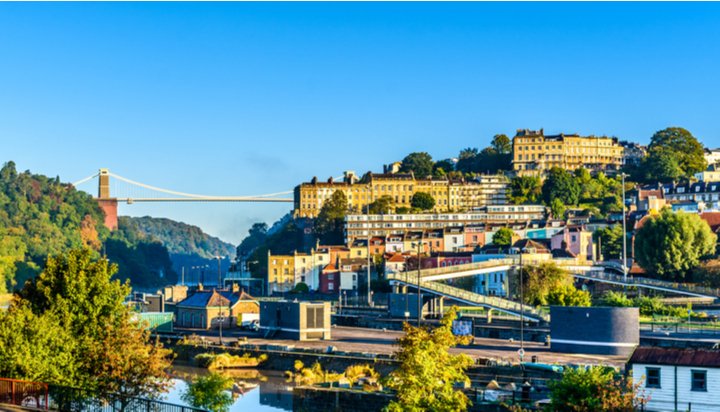 Bristol has been ranked as the UK’s greenest city, scoring highly for recycling, air quality and even eco-friendly Google searches.

New research from Compare The Market ranked urban centres across the country in terms of their green credentials – it noted Bristol was named the European Green Capital for 2015 by the European Commission and found it has spent ‘hundreds of millions of pounds’ on tackling the issue of climate change.

The study also assessed factors such as recycling rates, levels of air pollution, the number of eco-related searches made by citizens and the amount of green space available, in order to determine which towns and cities are most environmentally conscious.

The wider UK was well-represented, with Scotland’s Edinburgh coming second, Northern Irelands’ Belfast taking third and Wales’ Cardiff coming in at fourth place – however, across the four factors assessed, London failed to make it into the top ten in any category.

The capital was ranked in 26th place overall, behind Bolton, Swansea and Wigan.

Peter Earl, Head of Energy at Compare The Market, said: “It’s clear that the climate, renewable energy and sustainability is a huge focus right now – and so it should be. We should all be putting combined effort into finding the best eco-friendly solutions.

“Surrounding ourselves with green space and changing our actions towards energy is a way to improve wellbeing as well as having benefits for the environment and future living circumstances.”