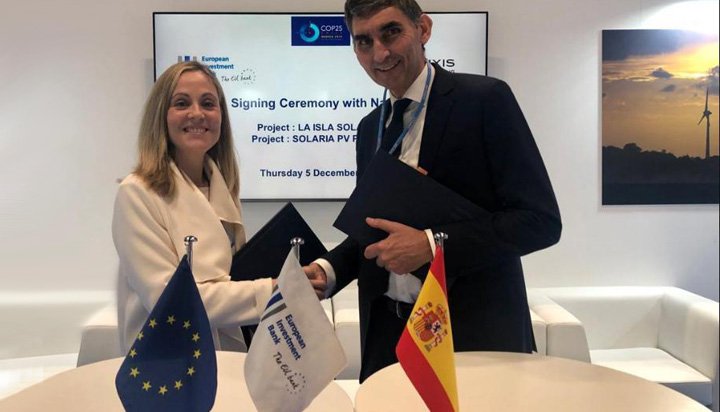 Investment bank Natixis is co-financing the projects, which will have a total capacity of 436MW and are expected to create up to 700 new jobs during the implementation phase.

Around €25 million (£21m) from the funding is being provided to build eight solar plants with a capacity of 254MW, which will help avoid the release of 204,000 tonnes of carbon emissions.

The projects, owned by Solaria Energia y Medio Ambiente, will employ 400 people during the construction phase and 50 people on a permanent basis.

The rest of the funding – €41 million (£35m) – will be provided to develop Novasol Invest La Isla’s 182MW solar plant in Alcalá de Guadaira, Seville, which will generate around 341GWh of electricity a year and reduce 127,000 tonnes of carbon emissions.

It will support 300 jobs during the construction phase and on a permanent basis to operate the plant.

EIB Vice President Emma Navarro, responsible for the Bank’s climate action and its activities in Spain said: “The EIB will make a substantial contribution to these ambitious goals by mobilising up to €1tn [£0.8tn] in financing to promote the transition to a new economic model. Spain is being asked to play a key role in the transition to a low carbon economy.

“Projects like this demonstrate the direct positive impact of EIB activity on investments promoting clean energy in our country, while also helping to create jobs.”

The agreement was signed at the UN climate change conference, COP25, in Madrid, Spain.