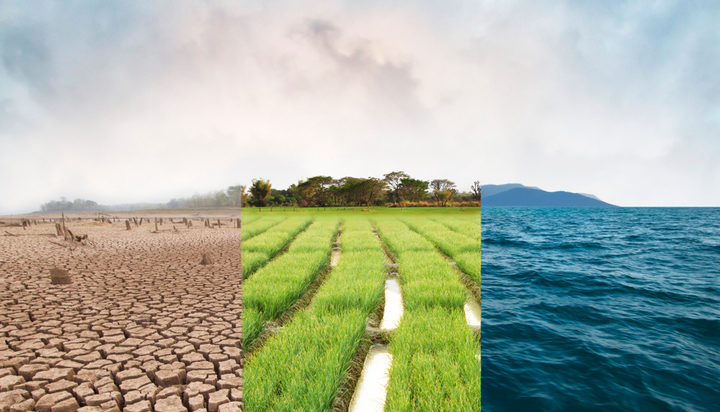 For the first time in the World Economic Forum’s Global Risks Report’s decade-long history, climate threats have universally topped a chart of global concerns for the coming year.

The report annually surveys more than 750 global experts and decision-makers, who are asked to rank their biggest worries regarding the year ahead.

The top five global risks in terms of likelihood for 2020 are all environmental – they include extreme weather events, failure of climate-change mitigation and adaptation, environmental damage and disasters such as oil spills and radioactive contamination, major biodiversity loss and natural disasters such as earthquakes, tsunamis, volcanic eruptions, and geomagnetic storms.

The World Economic Forum says politicians must work to avoid economic and political polarisation and instead encourage collective efforts to tackle environmental issues – it suggests collaboration between world leaders, businesses and policy-makers is needed “more than ever” to stop severe threats developing.

Despite this, 78% of those surveyed said they expect “economic confrontations” to rise this year, making it “much harder” to tackle the climate crisis, protect the planet and avoid record species decline.

The report emphasises policymakers must hold climate targets to the same regard as economic goals and advises companies to avoid the risks of “potentially disastrous future losses” by setting and sticking to science-based targets.

Borge Brende, President of the World Economic Forum, said: “The political landscape is polarised, sea levels are rising and climate fires are burning.

“This is the year when world leaders must work with all sectors of society to repair and reinvigorate our systems of cooperation, not just for short-term benefit but for tackling our deep-rooted risks.”