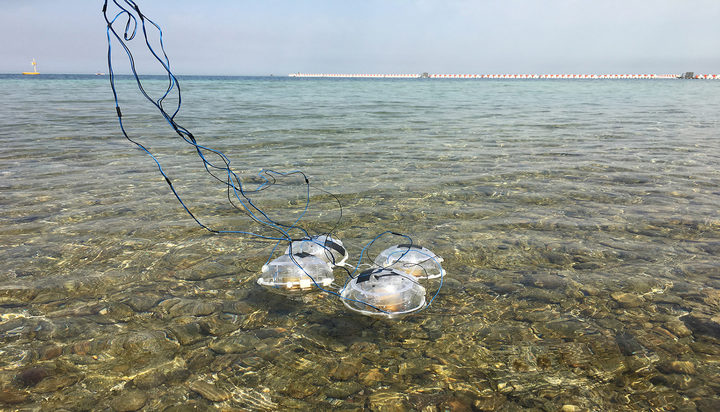 A scientific team from the City University of Hong Kong has developed a novel wave energy device that generates electricity while converting carbon dioxide into fuel.

Researchers say the new lightweight device can capture ocean wave energy and convert it into formic acid, a liquid fuel.

The electrochemical carbon dioxide reduction system consists of three components – a spherical medusa-like nanogenerator that can convert the energy of the wave into electricity, a power management circuit with a supercapacitor to temporarily store the harvested energy and an electrochemical setup that can reduce carbon dioxide to formic acid.

The research behind this breakthrough highlights the role of the ocean wave energy as an abundant and relatively stable source of renewable energy, which would be highly desirable for the conversion of carbon dioxide to conveniently stored and transported liquid fuels.

Professor He Jr-hau from the Department of Materials Science and Engineering said: “Unlike conventional wave energy converters based on electromagnetic generators, the lightweight device, which can float on water surface and causes minimal impact to marine life and the seafloor, is more cost-effective and able to survive storms.

“A liquid fuel, in the form of formic acid, is favourable because it can be stored at room temperature and is relatively easy and safe to transport.