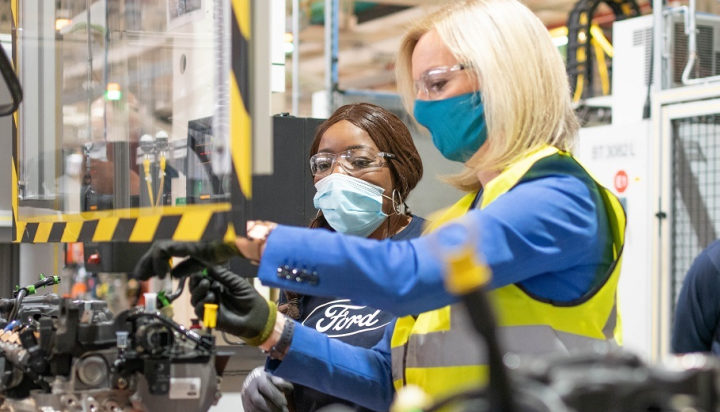 International Trade Secretary Liz Truss said Ford has received a £625 million loan facility from commercial banks with support from a £500 million guarantee from UK Export Finance (UKEF) during a visit to Ford of Britain’s engine production plant in Dagenham.

The loan will increase Ford’s capacity to export from the UK and support investment into electrification, digital manufacturing and smart mobility solutions.

It will also help safeguard thousands of highly skilled jobs at the Ford Britain Dunton Campus in Essex and engine production centre in Dagenham.

“A thriving automotive industry is vital to the success of the UK economy. It brings prosperity and security to manufacturers across the country. That’s why we are putting its needs at the heart of our strategy to remove barriers to trade when negotiating free trade deals.”

Ford of Britain is one of the largest exporters in the UK, with exports to more than 15 countries in six continents and overseas sales generating around £2.5 billion a year.

The car manufacturer is reinventing its product development and manufacturing processes in the UK to reduce vehicle emissions and make the UK campus its global innovation centre.

Graham Hoare, Chairman, Ford of Britain said: “Ford’s manufacturing operations are already an export success story, with around 85% of engines and 100% of transmissions built in the UK exported. This financing will help to maintain Ford as a key UK exporter.”