Located off the coast of Portugal, Windfloat Atlantic has now been connected to the grid and is capable of supplying electricity to 60,000 homes a year 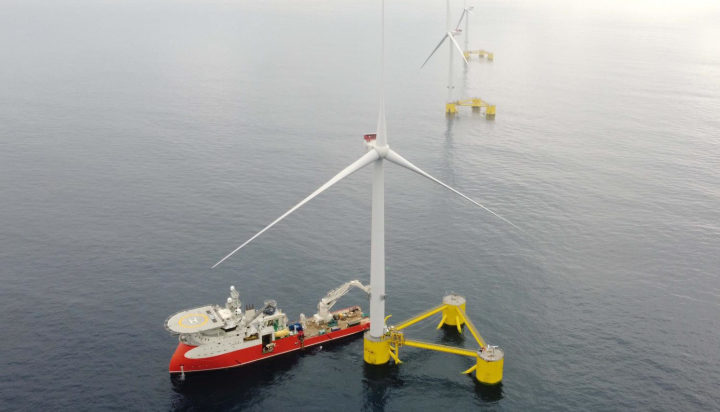 The first floating wind farm in continental Europe with a total installed capacity of 25MW is now fully operational.

The last platform of Windfloat Atlantic, located off the coast of Portugal, has been connected to the grid, with the three turbines supplying electricity to the Portuguese grid.

The Windplus joint venture – led by EDP Renewables alongside Repsol and Principle Power – claims the 8.4MW turbines are the world’s largest ever installed on a floating platform.

The wind farm is also claimed to be the world’s first semi-submersible floating wind farm, which will generate enough electricity to supply the equivalent of 60,000 homes per year.

In addition, it is expected to help save almost 1.1 million tons of carbon emissions.

EDP Renewables said: “This project’s success is rooted in its technology. Its mooring technology, for example, allows for installation in waters over 100 m deep and its design offers stability in adverse weather and sea conditions.

It adds Windfloat Atlantic’s model is replicable in other areas where adverse seabed conditions or significant water depth mean that traditional bottom-fixed offshore wind technology is not an option.