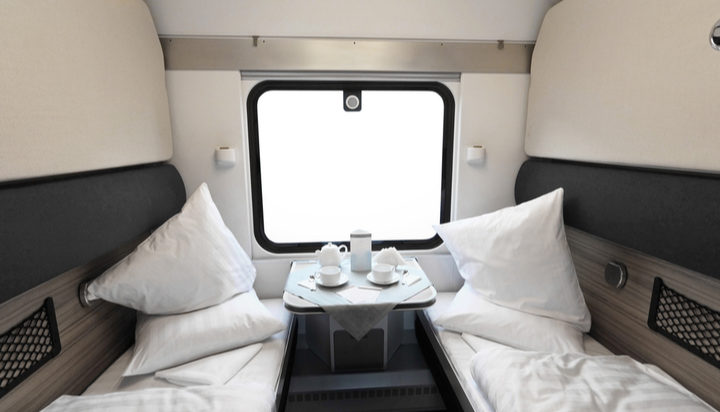 Sleeper trains that could allow people to travel long distances using the Channel Tunnel should be prioritised for the green recovery of the UK.

That’s the suggestion from the rail body High Speed Rail Group, which calls on the UK Government to commit to decarbonising Britain’s railways by 2040 by making a ‘transformative investment’ in a national high-speed rail network.

Part of this plan could be the support of sleeper trains to meet the increasing demand for greener transport options, a strategy which is already being followed and implemented by other European countries.

Among its recommendations, the industry body also states a modernisation of the Channel Tunnel regulations is necessary to attract new services.

Officials must consider updating the current safety Tunnel’s regulations as international operators, who have considered offering new services to London have been put off by them, according to the group.

The report adds: “At present, almost half of surface transport emissions come from trips over 15 miles, whilst nearly a quarter of emissions from more than 50-mile trips.

“As such, we have called on the government to publish an interurban or national Future of Mobility strategy to orchestrate innovation for this longer distance travel. Rail freight must also be considered within this category.”