Declines in populations are most likely for the fish species associated with cooler waters, according to a report 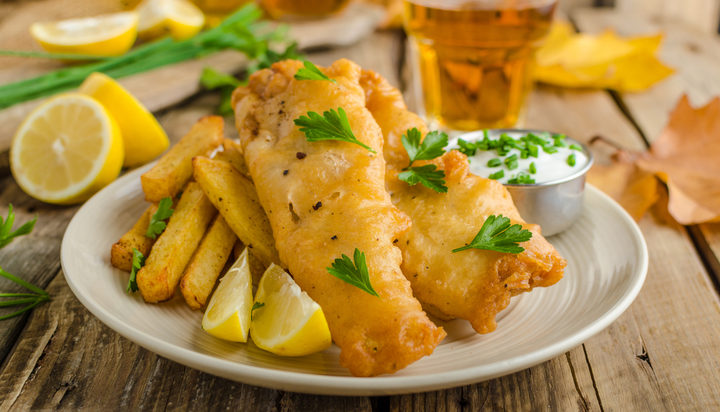 Fish and chips, dubbed the undisputed national dish of Britain, could soon be a thing of the past as climate change threatens certain fish species, including cod and monkfish populations.

That’s according to a new study published in the Journal of Applied Ecology which suggests rising temperatures could lead to declines in some commercial fish species, including cod, megrim, anglerfish, monkfish.

The research which involved the Universities of Exeter and Bristol, the Centre of Environment, Fisheries and Aquaculture Science (Cefas) and the Met Office suggests the English Channel, Celtic Sea, the Bristol Channel and parts of the southern North Sea have experienced a rapidly warming pattern in the past 40 years and further increases are expected.

Excited to share findings from my PhD today, published in @JAppliedEcology! 🥳 How will #climatechange affect fish species in a rapidly warming UK sea region? 🐟🐠 Find out below 👇or read the open access 🔓 paper here: https://t.co/LF7NOdzfQI @CefasGovUK @UniofExeter pic.twitter.com/OBBpP5XBwk

The survey suggests this region could see sea surface temperatures rise up by 2°C to 4°C by 2098.

Researchers based their analysis on various climate scenarios and argued on average, projections towards 2090 show declines in populations for the fish species associated with cooler waters and increased abundance for warm‐water‐associated species, including red mullet.

Lead Author Katherine Maltby says the results of the research could help policymakers and fisheries management to adapt to the everchanging climate.