Lobsters ‘not at risk’ from wind farm operations 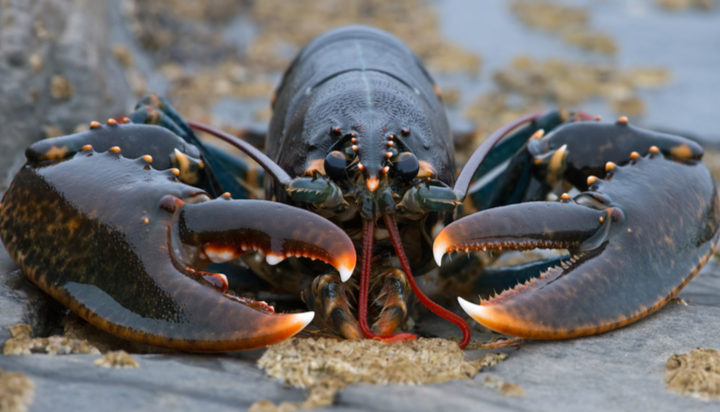 Lobsters can co-exist in harmony with offshore wind farms.

That’s according to a new study by the Holderness Fishing Industry Group (HFIG), which suggests wind farm construction and operation has no significant negative impact on populations of European lobsters.

Green energy provider Ørsted worked with HFIG in 2013 to conduct a long-term study that investigated the ecological effects on shellfish during the construction and operation of Westermost Rough offshore wind farm.

The study followed concerns about fishing stocks expressed by local fishermen during the examination phase of the wind farm project – the findings show not only do lobster populations remain healthy but have suffered no noticeable impacts at all.

Officially opened in 2015, Westermost Rough offshore wind farm hosts an array of 35 Siemens Gamesa 6MW wind turbines and generates enough electricity to power 180,000 homes in the UK – it is also located within one of the largest commercial fishing areas in Europe for European lobsters.

Dr. Mike Roach, Lead Scientist on the projects for HFIG said: “Over the last six years we have observed consistent catch rates of lobsters within the perimeter of the wind farm and have seen an increased population of smaller lobsters in the site.”

Courtney French, Senior Environment and Consents Commercial Fisheries Specialist at Ørsted said: “This study is the first of its kind anywhere in the world and will enable us to ensure the sustainability of the fishing grounds which are once again being used by local fishermen.

“By easing the concerns of the fishermen surrounding local stock supplies and future sustainability, we’re hoping that these results will help our relationship go from strength to strength.”