The e-bus fleet is forecast to save an estimated 920,000 litres of diesel a year and reduce annual carbon dioxide by 2,400 tonnes 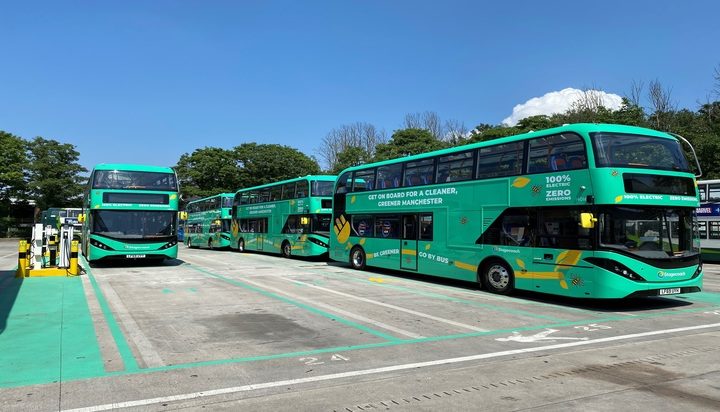 Centrica has rolled out bus charging infrastructure to power a total of 32 fully-electric double-decker buses in Manchester.

That comes after a partnership with the transport group Stagecoach, which is delivering one of Europe’s largest single investments in electric buses, after securing £6.9 million in funding from the Department of Transport’s Ultra Low-Emission Bus Scheme (ULEB).

The buses are equipped with two charging points and each charger has twin 40kW AC feeds – this means when combined, buses can be recharged in just three and a half hours.

Centrica Business Solutions led the design and delivery of the charging infrastructure which includes on-site solar generation and a charger energy management system.

Elisabeth Tasker, Managing Director of Stagecoach Manchester, said: “This is a significant milestone in the history of transport in Greater Manchester and represents one of the biggest single investments in electric buses anywhere in Europe.

“It will deliver major benefits for our customers, the region and other road users in delivering greener transport on some of Manchester’s busiest roads.”

Chris Jackson, Head of Fleet Partnerships at Centrica Business Solutions, commented: “The success of this project came as a result of sharing our expertise derived from a long history in energy, infrastructure and optimisation.”