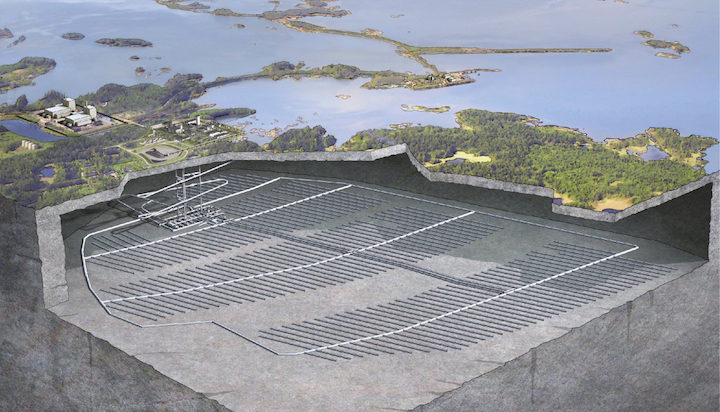 The Municipality Council of Östhammar in Sweden has voted in favour of plans to build a geological disposal facility (GDF) for spent nuclear fuel.

Swedish nuclear fuel and waste management company SKB says the community also showed “strong support” for the facility throughout the development process, with 82% of respondents to the annual poll in the municipality stating they were in favour of the plans.

A permanent deep disposal facility is internationally recognised as the safest and most secure way to manage higher activity waste for the long term.

The final decision now lies with the Swedish Government and is the last remaining decision point for SKB to obtain the construction licence for the repository in Forsmark.

SKB CEO Johan Dasht said: “It is very gratifying indeed that Östhammar Municipality has made this historic decision. This is absolutely crucial for making it possible for Sweden to take the final responsibility for the radioactive waste produced by our generation.”

Countries around the world are planning to dispose such waste in GDFs, including Canada, Finland, France, Sweden, Switzerland and the UK.

In the UK, Radioactive Waste Management (RWM) plans to work in partnership with a number of communities from across the country to explore how having a GDF in their area can provide long term economic and employment benefits and play a major part in their development plans.