UK and Thailand team up to create smarter cities

They have jointly launched the ‘Smart City Handbook’, which outlines the smart cities landscape across Thailand as well as provides examples of some of the UK’s smart city projects and expertise 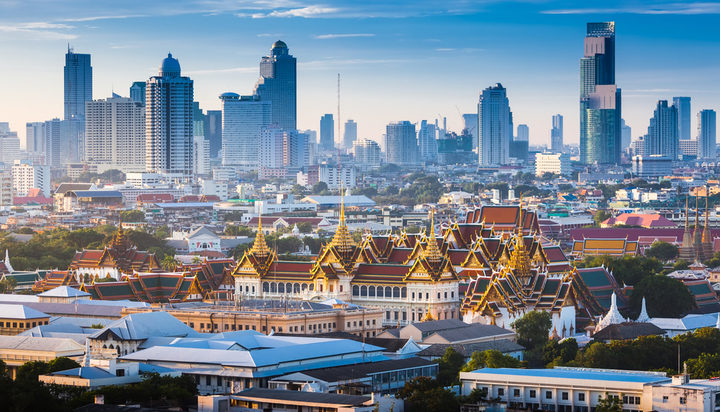 The UK has partnered with Thailand to create cities of the future through urban planning and the integration of smart technologies.

The two nations have jointly launched the ‘Smart City Handbook’, which is part of plans for broader co-operation between the UK and Thai Governments on the creation of smarter cities.

It outlines the smart cities landscape across Thailand as well as provides examples of some of the UK’s smart city projects and expertise, including research and innovation, deployment of energy efficient buildings and electric vehicles (EVs), renewable energy as well as the policy and regulatory expertise to support these.

The new Handbook, commissioned by the UK Foreign, Commonwealth and Development Office (FCDO), sets out information on smart buildings and housing, smart infrastructure, smart mobility and smart energy, among others.

The UK believes urbanisation is one of the key challenges of the century – more than 50% of the Thailand population already live in cities and worldwide the figure is expected to be 65% by 2040. Urbanisation intensifies challenges around transportation, pollution, health and wellbeing and poverty and inequality.

Recent research suggests almost a third of the UK’s urban areas with populations of more than 100,000 currently have planned programmes labelled as ‘smart’. In 2018, London set out a roadmap to become the smartest city in the world.

Some of the activities the UK plans include an improved flood management system for Lad Phrao and a data centre to support the collection and use of data for decision making in Bangkok.

It has chosen Thailand as the focal market under the UK’s Tech Export Academy for Asia Pacific, which will see 30 British smart city companies undertake a trade mission to Thailand next year.

Earlier this year, the UK launched the Digital Trade Network with Thailand, with a three-pilot programme expected to enhance the UK’s digital tech capabilities and support digital trade and investment opportunities in Thailand.

Brian Davidson, Her Majesty’s Ambassador to Thailand said: “I hope the launch of the Smart City Handbook and the on-ground expertise as part of the Digital Trade Network will provide the foundations for future co-operation, sharing of experience and expertise between the UK and Thailand in areas of smart city. We look forward to hosting the British companies for the Tech Export Academy trade mission next year.”