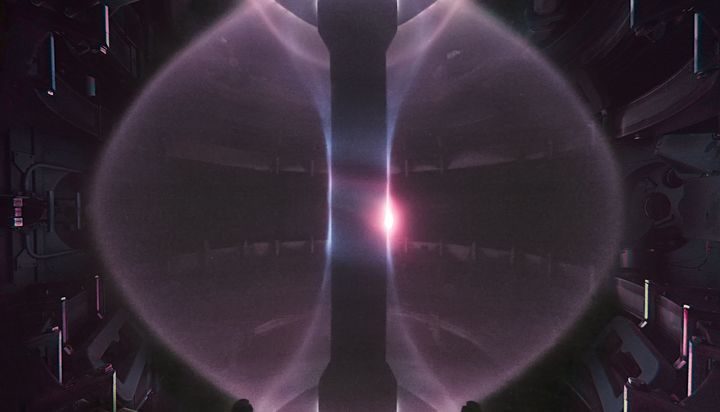 Researchers have tested a new nuclear fusion device and successfully generated plasma during an experiment in Oxfordshire.

The £55 million spherical reactor, the MAST Upgrade (MAST-U) at Culham Centre for Fusion Energy in Oxfordshire, which took seven years to build, will be the forerunner for what is claimed to be the UK’s first nuclear fusion power plant, which is expected to be completed by 2040.

Fusion is the process that powers the sun and the stars. It works by combining light elements into heavier ones and releasing energy.

Scientists believe if they could recreate this process on Earth, that could generate limitless electricity without producing greenhouse gases.

To conduct fusion experiments on Earth, scientists have to bring a gas to extreme temperatures until it is turned to plasma.

Plasma consists of a partially-ionised gas, ions, electrons, and neutral atoms. In a plasma, some electrons are freed from their atoms, allowing current and electricity to flow.

Secretary of State for Business, Energy and Industrial Strategy Alok Sharma wrote on Twitter: “The UK is set to build its first power plant by 2040 and first plasma is a milestone moment for UK Atomic Energy Authority Mast Upgrade Device.

“Backed by £55 million government funding, MAST-U supports our aims to bring fusion to the power grid and provide low carbon energy for years to come.”

The MAST-U is also expected to support preparations for ITER, which is claimed to be the world’s largest science megaproject, now being built in the South of France, which intends to demonstrate fusion power on an industrial scale.

The UK is set to build its first fusion power plant by 2040 and first plasma is a milestone moment for @UKAEAofficial MAST Upgrade Device.