Edinburgh sweeps ahead with launch of new electric vehicle

The council – which is said to be the first local authority to roll out the electric sweeper – is estimated to save £18,000 a year in fuel compared to its diesel counterparts 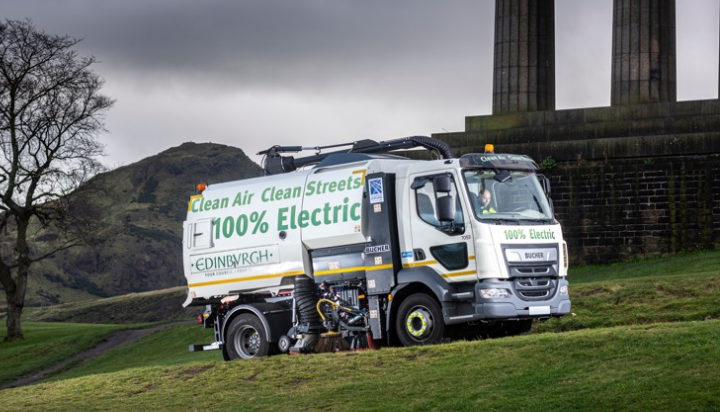 The City of Edinburgh Council has rolled out a new all-electric vehicle (EV) that will join its fleet of street sweepers.

The 15-tonne EV’s 200kWh battery can complete an eight-hour sweeping shift and can be fully recharged within five hours.

It is expected to produce only 39kg of CO2 per day, a reduction from 150kg of CO2 emitted by diesel sweepers a day.

The council – which is said to be the first local authority to roll out the electric sweeper – is estimated to save £18,000 a year in fuel compared to its diesel counterparts.

Using the new technology is part of the council’s drive towards net zero carbon emissions in Edinburgh by 2030 and its wider sustainability plan, which includes improving air quality and introducing low emissions zones.

The council also plans to remove diesel vehicles from its fleet and replace smaller vehicles with electric ones, aiming to deliver a 100% electric car fleet in 2020 and 100% electric van fleet by 2023.

Councillor Lesley Macinnes, Transport and Environment Convener said: “This new electric sweeper represents another step in our removal of diesel vehicles from the Council fleet and we’re glad to be an early adopter of the technology.

“Our 2050 Edinburgh City Vision is of a green, thriving and carbon neutral city and it is actions like this, along with our commitment to deliver an electrified transport fleet, that will help us achieve that vision.”

The sweeper, manufactured and supplied by Bucher Municipal, was bought through grant funding from the Scottish Government’s Switched on Fleets initiative.