The third phase is forecast to provide renewable energy for more than 240,000 homes 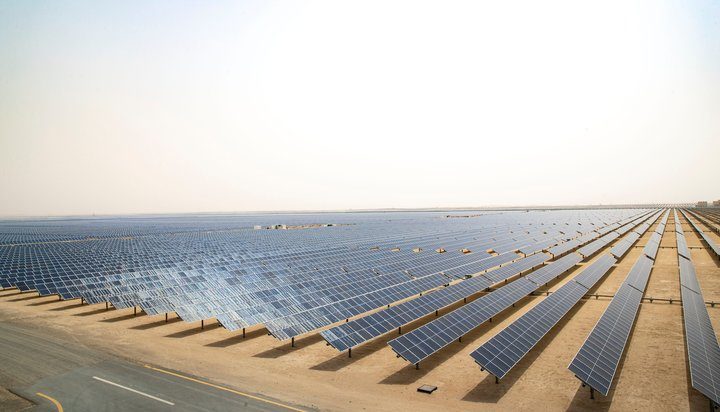 The Vice President and Prime Minister of UAE and Ruler of Dubai Sheikh Mohammed bin Rashid Al Maktoum has inaugurated the 800MW third phase of what is considered to be the largest single-site solar park in the world.

The Mohammed bin Rashid Al Maktoum solar park has a planned total capacity of 5,000MW by 2030 and for its construction, a total of AED50 billion (£10.2bn) in funding will be mobilised.

The third phase is forecast to provide renewable energy for more than 240,000 homes in Dubai.

The facility is claimed to be the first of its kind in the Middle East and North Africa region to use single-axis solar tracking to increase energy generation.

A single-axis solar tracking system uses a tilted photovoltaic panel and an electric motor to move the panel on an approximate trajectory relative to the Sun’s position.

The project also uses other innovative technologies including cleaning robots for photovoltaic panels to increase the plant’s efficiency.

HE Dr Sultan Ahmed Al Jaber, Minister of Industry and Advanced Technology and Chairman of Abu Dhabi Future Energy Company said: “Inspired by the vision of the UAE leadership, the inauguration of the third phase of the Mohammed bin Rashid Al Maktoum Solar Park marks a significant milestone in the journey towards achieving the UAE’s target of having 50% of its power coming from clean energy by 2050.”