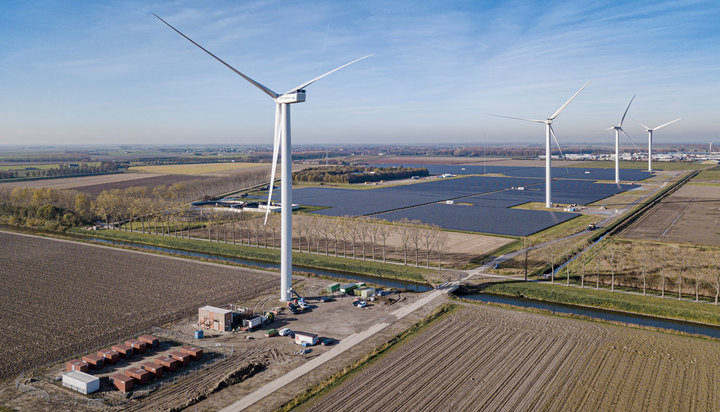 A consortium has launched new research to investigate the effects of the shade from wind turbines on the energy yield of solar parks.

The group, which includes among others the energy company Vattenfall, the Dutch independent research organisation TNO and the e-mobility developer Heliox, aims to understand performance of a solar park in hybrid projects.

Based on the findings, the consortium will make recommendations on the application of power electronics and on the design and operation of combined solar and wind farms.

The aim of the research, which will run until the end of October 2022, is to maximise the energy production and limit the stresses on and failures of electrical components.

“The slowly moving shadow can be easily incorporated into the design. However, relatively little is known about the dynamic, rapidly moving shadow, which is why we are going to investigate it.”

An earlier TNO study, in which dynamic shading was investigated on a small scale, showed that a dynamic shadow can lead to greater energy loss than an equally large slowly moving shadow.

The team suggests the application of the right power electronics can reduce this effect and limit the additional load on the installation.