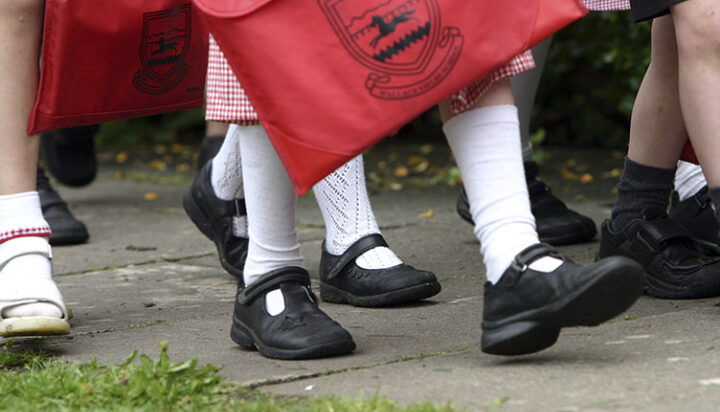 Closing roads around schools to traffic during pick-up and drop-off times in London has helped reduce polluting nitrogen dioxide levels by up to 23%.

That’s according to new research published by Mayor Sadiq Khan, following the installation of 30 sensors from the Breathe London network at 18 primary schools across Brent, Enfield and Lambeth to record nitrogen dioxide levels.

Roads surrounding schools are closed to motor traffic during pick-up and drop-off times, enabling children to walk or cycle to school, reducing car trips and improving air quality, in addition to helping reduce road danger around schools and making journeys safer and easier.

The air quality monitoring project, funded by FIA Foundation and Bloomberg Philanthropies, was launched in September 2020 to give the most accurate indication of how the School Streets scheme is working.

Since April 2020, almost 350 School Streets have been delivered across London, with funding from Transport for London (TfL) and the boroughs to tackle children’s exposure to air pollution and improve their health.

Around half of emissions in London come from road transport, with the toxic air already leading to thousands of premature deaths every year as well as stunting the development of young lungs and increasing cases of respiratory illnesses.

Mr Khan said: “I am doing everything in my power to stop Londoners breathing air so filthy that it damages children’s lungs and causes thousands of premature deaths every year. Since 2016, there has been a 97% reduction in the number of schools in areas which exceed the legal pollution limit and I’m committed to bringing that number down to zero.

“School Streets play an important role in enabling parents and children to walk, cycle or scoot to and from school which has so many benefits, not least in improving air quality. It’s great to see the huge reduction in nitrogen dioxide during pick up and drop off on school streets – a time where countless children and adults would otherwise be exposed to dangerous emissions. Too many lives are already lost each year as a result of our city’s toxic air and the results of our monitoring study show just how much of a difference reducing car journeys through School Streets makes.”

Parents and carers from 35 schools took part in the study, with results showing 73% of them agree with School Street measures remaining in place while social distancing is still required and 77% supporting the changes being kept in the long term subject to consultation.

Since the pandemic, parents and carers reported walking to school more and driving less at both School Street schools and those without it – the School Street is said to have had a greater impact (-18%) on reducing car travel to school compared to the impact of coronavirus (-12%).

Paul Robinson, Headteacher at Van Gogh Primary School in Lambeth added: “These reports prove the benefits School Streets have on our air quality and change in behaviour with parents driving to school less. Our school community has reaped the benefits of the School Street and we are delighted.

“We have seen an increase in the number of children walking, scooting and cycling to school and the additional space on the street has enabled children to ‘get into their bubbles’ before coming on the school site, which makes life much easier for the staff and families. Families and staff have also reported that they like the additional sense of a socially distanced school community in a time where it can feel like we have become more fragmented.”