Chernobyl: 35 years after the ‘worst nuclear disaster’ in history 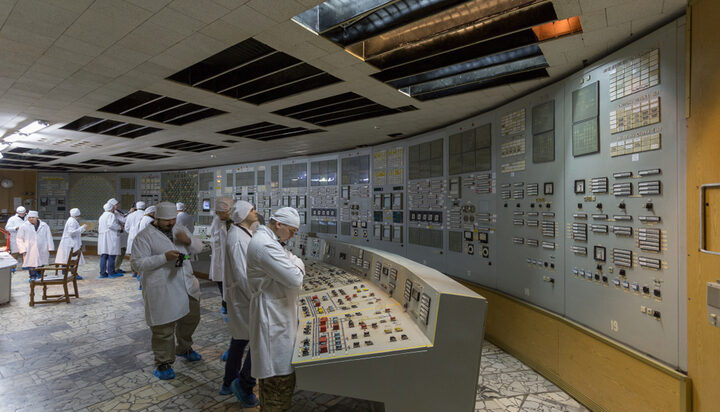 It is often described as the world’s worst nuclear disaster both in terms of casualties and implications for the environment and global economy.

The Chernobyl disaster, as it is widely known, occurred on 26th April 1986 at the Chernobyl nuclear power station in the town Pripyat in northern Ukraine.

The town was founded on 4th February 1970 as the ninth ‘atomgrad’, a type of closed town to serve the Chernobyl station. Today, 35 years later, Pripyat remains a ghost town…

It all happened during the night of 26th April 1986, when technicians of the plant tried to perform an experiment at one of the project’s reactors.

It was a safety test, a simulation of an electrical outage designed to help create a safety process for maintaining reactor cooling water circulation, until the back up diesel generators could provide power.

They turned down the reactor to 25% of its capacity but a problem arose when the power plummeted to 1%. The workers tried to increase the power but there was a massive power surge.

One of four reactors, reactor number four, exploded releasing a radioactive cloud over large parts of the Soviet Union – it is estimated hundreds of times more radioactivity was spread than either nuclear bomb dropped on Japan during World War II.

Radioactive dust is believed to have been transported by winds as far as Sweden.

The event immediately killed dozens and scarred the lives of tens of thousands of people over the next decades.

The number of deaths directly related to the initial explosion is thought to be 31, with the World Health Organisation (WHO) reporting that a further 50 deaths happened later as a result of the massive radiation exposure on the day of the accident.

The WHO adds that around 4,000 deaths in total can be attributed to radiation exposure from Chernobyl.

According to the UN, nearly 8.4 million people in Russia, Belarus and Ukraine were exposed to the radiation.

In the light of the explosion, hundreds of thousands of people were ordered to evacuate the areas they were living in.

A WHO report concluded that anxiety levels were actually increasing, half a decade after the disaster – people were becoming more worried about their health and feared that even minor illnesses may be symptoms of radiation.

Among them were people who participated in the clean-up or lived in contaminated areas or those evacuated from the 30-kilometre Chernobyl Exclusion zone around the nuclear plant.

Even five years after the Chernobyl nuclear accident, radiation monitors were still recording ‘unacceptably high’ levels of contamination across thousands of square kilometres of Russia, Ukraine and Belarus.

It is estimated the first initial response along with the decontamination work on the environment, required a workforce of half a million people.

The Soviet Government acknowledged the need for international support and collaboration in 1990. One year later, the UN launched the Chernobyl Trust Fund to help financially the victims of the disaster.

Two years ago, the Chernobyl plant was covered by an enormous shelter, a project funded with €2.2 billion (£1.9bn) which was provided by 45 donor nations.

A Netflix miniseries in 2019 led to a spike in tourist flows who wanted to go and see the ruins of Pripyat.

Ukrainian authorities are currently calling for the Chernobyl Exclusion Zone to be included in the UNESCO World Heritage List to reflect the fact that it is a ‘unique place of interest’ to all mankind.