More than half of UK consumers ‘consider installing renewables at home’

Solar panels, hydrogen boilers and ground source heat pumps are among the most preferred measures, according to a new study 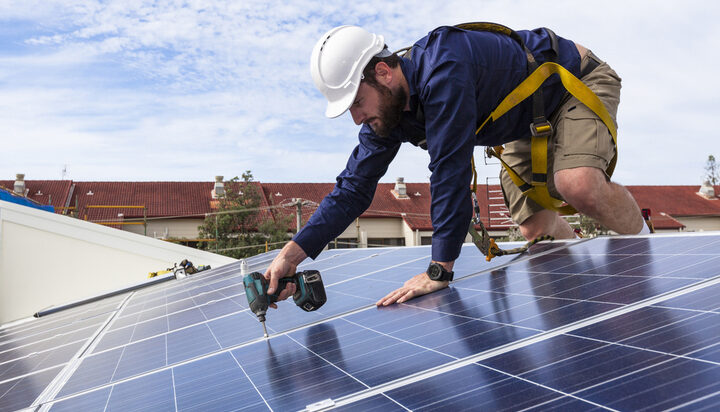 More than half of UK consumers are looking to embrace more clean energy at home as they consider installing renewable energy sources.

A new survey by the professional services company GHD suggests of those who are willing to bring more green measures to their homes, the majority would consider installing solar panels.

In the meantime, more than half would prioritise the purchase of hydrogen boilers, hydrogen batteries and ground source heat pumps.

The analysis shows more than three-in-four Brits agree that we all have a role to play to help the planet become more sustainable.

The research of 1,000 consumers also finds that energy costs remain an issue for many, with 55% of the respondents saying that they struggle to pay their monthly energy bills, at least occasionally.

For 12% of respondents, the issue is a ‘frequent’ or ‘constant’ challenge.

Dr David Maunder, Technical Leader – Future Energy at GHD, said: “The amount of energy used in the home in the UK is at its highest thanks to a greater concentration of people using electricity over a wider area than before, and this is causing a re-think about baseline stability and how grids operate.

“This is not just about renewable electricity: while we will see much greater use of decarbonised electricity in many existing and new applications, such as in electric vehicles, we also need to decarbonise other parts of our energy system, such as our gas networks.”