The proposed Sizewell C nuclear power project has secured £250,000 to develop technology that could potentially help it become ‘carbon-negative’ 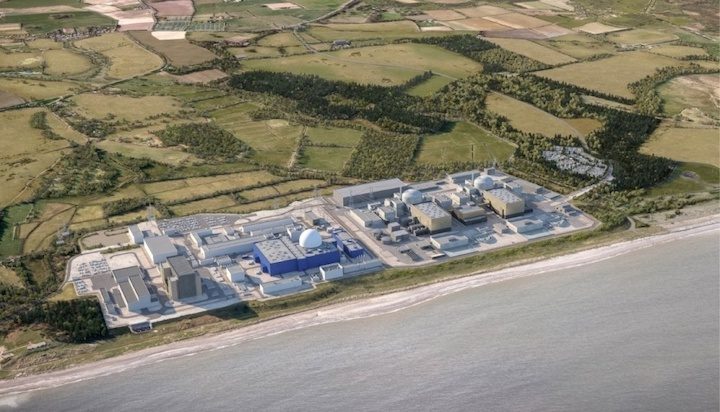 Direct air capture involves taking carbon dioxide out of the atmosphere and storing it – some of this carbon dioxide can also be used in other processes, such as the production of synthetic fuels.

Experts from the University of Nottingham and engineering firms Strata Technology, Atkins and Doosan Babcock have been working on a DAC system that will run on low carbon heat.

The Sizewell C consortium has proposed a technology that could potentially be even more efficient as it requires little to no electricity and could use heat at a wide range of temperatures.

The team believes nuclear is the cheapest way to produce low carbon heat and says its use could drive down the cost of this new technology.

The plan is to build a small-scale demonstrator DAC system that is hoped to capture 100 tonnes of carbon dioxide a year.

A larger one, powered by Sizewell C, is predicted to capture 1.5 million tonnes of carbon dioxide every year.

That’s nearly enough to offset the annual emissions of the UK’s rail network and could make Sizewell C ‘carbon-negative’, according to the engineers.

Energy Minister Anne-Marie Trevelyan said: “Today we’re boosting our armoury for the fight against climate change and backing innovators and businesses to create green jobs right across the UK.”

Sizewell C’s Finance Director Julia Pyke said: “Finding a way to bring down the cost of direct air capture is important to our transition to net zero and powering DAC with heat from Sizewell C has the potential to make the power station ‘carbon negative’.

“This has exciting potential for our fight against climate change and shows how nuclear can
bring even more value to our energy system.”