A new study to help inform grid planners, utilities, industry, policymakers and other stakeholders about the challenges and opportunities that come with adding large amounts of renewables to the power system has also been launched 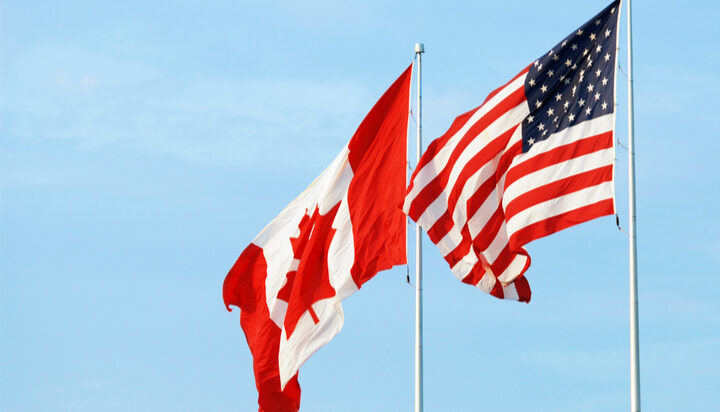 The US and Canada have launched a new agreement to expand their energy co-operation to accelerate the clean energy transition to net zero emissions by 2050.

Canada’s Natural Resources Minister Seamus O’Regan said: “No two countries in the world have their energy sectors as closely linked as Canada and the United States do. It’s a relationship that supports thousands of jobs and drives economic activity on both sides of the border.

“We’re strengthening our bilateral energy relationship to build a clean energy future. And we’re leaving no one behind.”

The two nations also released the North American Renewable Integration Study (NARIS), a “first-of-its-kind” analysis detailing the benefits of integrating renewable energy across the continent and helping to accelerate their goals to achieve a clean power system.

The study is meant to inform grid planners, utilities, industry, policymakers and other stakeholders about the challenges and opportunities that come with adding large amounts of solar, wind and hydropower to the power system.

It found regional and international co-operation on electricity transmission can provide “significant” net economic benefits – up to $180 billion (£130bn) through 2050.

It also suggests increased investment in transmission, both between regions in the US and between countries, along with increased co-ordination, would provide more reliable, efficient and resilient grid operations to match electricity demand, even as clean energy generation, including hydropower, thermal, wind and solar generation and energy storage increase.