Would a meat tax lead to riots? 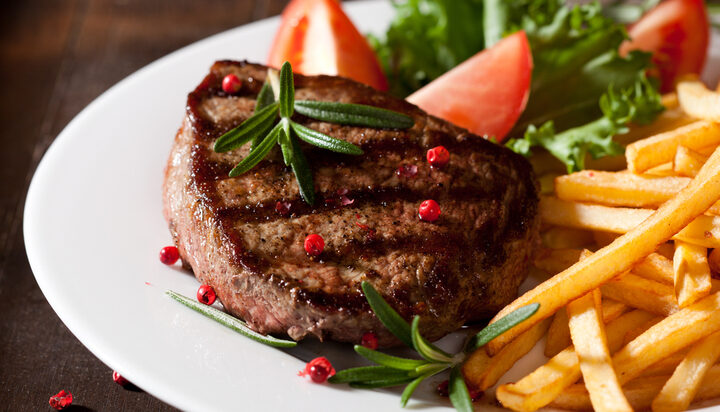 A new meat tax could soon be served up by the government, according to the Sun.

A draft report seen by the newspaper suggests that the Prime Minister’s food tsar Henry Dimbleby might propose a levy on burgers, ham, steaks, sausages and other meat products.

With that meat tax, consumers who want to have meat dishes would allegedly have to pay an additional sum of money in order to help tackle climate change.

However, according to the report, Henry Dimbleby, Co-Founder of the food chain Leon and Lead of the National Food Strategy would recommend avoiding any tax in the short term because it might provoke rioting!

The first part of Mr Dimbleby’s independent review of the UK’s food system was published during summer last year.

That was focused on the challenges presented by the coronavirus and ensuring the country has a resilient food supply chain.

Henry Dimbleby will soon be publishing part two of his independent review, examining the whole food system from farm to fork.

Mr Dimbleby who is non-executive Board Member of the Department for Environment, Food and Rural Affairs (Defra) wrote on Twitter: “Planning to publish the National Food Strategy before the end of July.”

A government spokesperson told ELN: “We will not be introducing a meat tax, as the Prime Minister has confirmed previously.”

Planning to publish the National Food Strategy before the end of July.

According to a recent report by the Committee on Climate Change, a 20% per person reduction in the consumption of the most carbon-intensive foods, including beef, dairy and lamb paired with a 20% cut in food waste could save seven million tonnes carbon dioxide emissions equivalent by 2050.

Three months ago, the government committed itself to cutting emissions by 78% by 2035.