Theresa May: ‘UK is at a crucial crossroad for climate and the environment’ 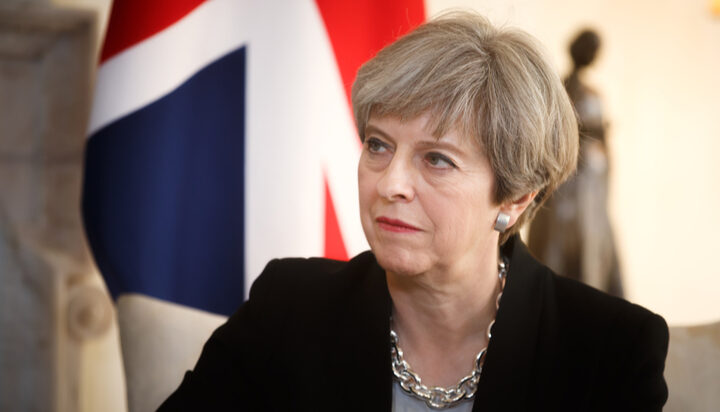 The UK is at a crucial crossroad for our climate and the environment, says Theresa May, speaking after having been appointed the new Chair of the Aldersgate Group.

The former Prime Minister and MP for Maidenhead will support the non-profit’s ongoing work to assist in delivering the country’s net zero emissions and nature restoration targets while maintaining a strong and competitive economy.

The organisation notes 2021 is a “critical year for the climate, environmental and economic recovery agenda” and highlights Theresa May’s track record on climate issues makes her highly suitable for the role – under her leadership the UK became the first major economy to enshrine the net zero 2050 target in law.

She will enter the role tomorrow, taking over from former Labour MP Joan Walley, who has chaired the Aldersgate Group for the last six years.

Mitie, the Co-operative Group, Wessex Water, CMS and Octopus Energy have recently become members of the Aldersgate Group, and the organisation is working on three major projects in the lead-up to COP26 to explore the future of green finance, improve the circularity of resource use and waste and accelerate the decarbonisation of heavy industry.

Theresa May said: “I am joining the Aldersgate Group to champion the business case for decarbonising the UK economy, improving resource efficiency, and investing in the restoration of nature because we are at a crucial crossroad for our climate and the environment. As Prime Minister, I was proud to lead the UK to be the first major economy to enshrine the net-zero emissions target into law and publish a strategy to overturn the decline in nature within a generation. It is vital we now accelerate our progress towards these ambitious targets and develop clear delivery plans.”

Nick Molho, Executive Director, Aldersgate Group, said: “We are delighted to welcome Theresa May as our new Chair at this critical time for the Group and the environmental agenda. Decisions made in the next few years will determine whether the UK economy is on a credible pathway towards net zero emissions and whether the country is on track for overturning the decline in its natural environment within a generation.

“Mrs May’s unrivalled experience and her passion for the climate, environmental and clean growth agenda will be a huge asset to the organisation. As a Group, we would like to give our profound thanks to our outgoing Chair Joan Walley who has been an inspiring leader and a key part of the Aldersgate Group’s success over the past six years.”