Man jailed for illegally dumping and burning waste in Northumberland

Dominic Allen, 25, from Old Swarland, has been sentenced to 12 months in prison, ordered to pay £1,000 in costs and given 18 months to clear the site 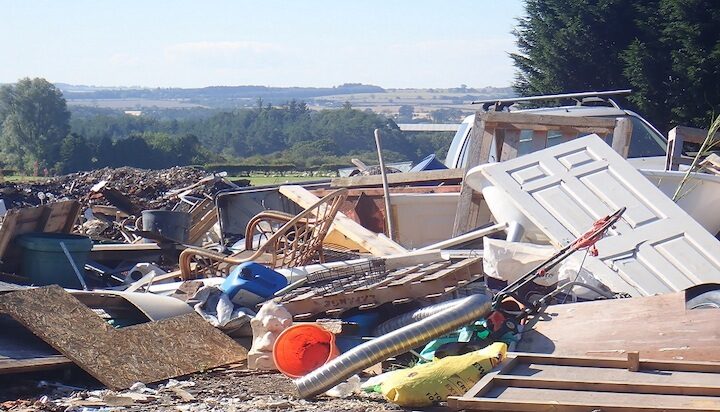 A man has been jailed for dumping and burning waste illegally on rural land in Northumberland following an investigation.

Dominic Allen, 25, from Old Swarland, appeared at Newcastle Crown Court last week and was sentenced to 12 months in prison, ordered to pay £1,000 in costs and given 18 months to clear the site after previously pleading guilty to two offences of operating a waste site without an environmental permit and three offences of burning waste.

The court heart an investigation by the Environment Agency (EA) into illegal activity on the land next to Mr Allen’s property started in February 2020 after Northumberland Fire and Rescue Service attended a fire at the site.

The investigation revealed he had been operating the site without any authorisations to transport, deposit or sort waste.

EA officers visited the site on 16th March 2020 and saw several piles of waste, including household goods and construction waste and evidence of burning and despite letters being sent requiring the site to stop taking in waste and for it to be cleared, the fires continued, including a significant fire on 31st May 2020 which the fire service extinguished.

Following a number of visits to the site and more waste dumped including garden waste, electricals and vehicle tyres, a statutory clearance notice requiring the site to be cleared was issued in July 2020.

In October 2020, a Restriction Order was granted – the first time the powers have been used in the North East – which prohibited anyone from entering or depositing waste on the site to reduce the impact on the local community while the criminal investigation into activity at the site was ongoing.

John Crowl, EA Enforcement Team Leader in the North East said: “This result should serve as a warning for others that we take illegal waste activity extremely seriously and we won’t hesitate to take enforcement action against those who flout the law.

“After working closely with our partners at Northumbria Police and Northumberland Fire and Rescue Service, we used the powers at our disposal to block access to the site to protect the community while the criminal investigation was ongoing and this proved successful.

“Allen showed a blatant disregard for the law and we are determined to make like tough for those who damage the environment and blight local communities.”