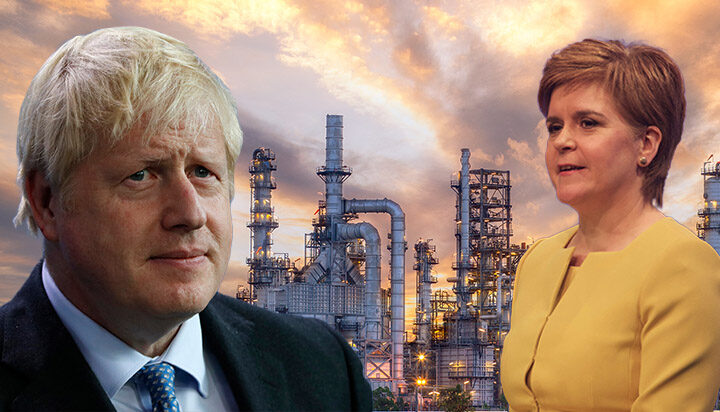 In a letter sent today to Boris Johnson, Nicola Sturgeon said: “I am asking that the UK Government agrees to reassess licences already issued but where field development has not yet commenced. That would include the proposed Cambo development.”

Nicola Sturgeon added that such licences, some of them issued many years ago, should be reassessed in light of the severe impacts of climate change.

The First Minister said: “The scientific report earlier this week from the UN Intergovernmental Panel on Climate Change makes it absolutely clear the severe threat and heightened risk the climate emergency poses to the planet.

“However, it also shows that with immediate, concerted international action to reduce emissions, it is still possible to limit the global temperature rise to 1.5°C in the longer term.”

Nicola Sturgeon has also proposed a UK four nations summit to ensure that policymakers’ decisions show the global leadership needed in the run-up to COP26.

A UK Government spokesperson said: “The UK is the only G7 country to have agreed a landmark deal to support the oil and gas industry’s transition to green energy by 2050 while at the same time supporting 40,000 jobs.

“Even though demand for fossil fuels is falling and we continue to break records on our use of renewable energy, the advice of the independent Climate Change Committee is that we will continue to need oil and gas in the coming years as it is still vital to the production of many everyday essentials like medicines.

“We have already ended support for fossil fuels overseas, and are already designing a climate compatibility checkpoint which will ensure any future licenses will only be granted if they are aligned with the UK’s climate change objectives.”