A total of 10 modified electric taxis will be trialled under the scheme, in which drivers will transport members of the public in real-world tests for a six-month period in Nottingham 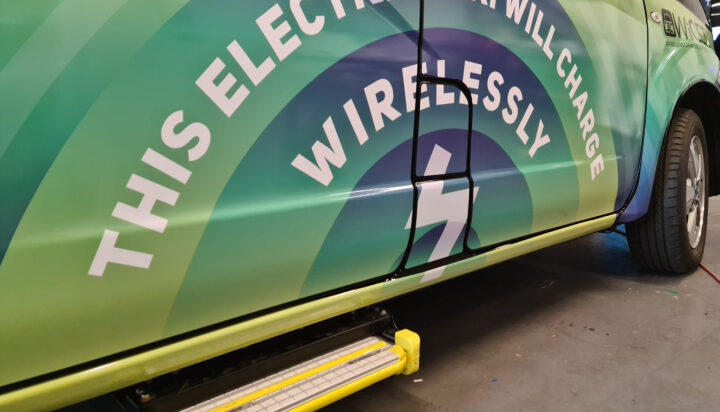 British technology company Sprint Power has developed a series of wireless charging modules for taxis ahead of a UK Government-backed trial taking place in Nottingham next month.

Its electrical distribution system (EDS), power distribution module (PDM) and a high voltage harness assembly will enable a fleet of electric taxis to charge wirelessly via pads attached to the ground.

The trial aims to demonstrate the suitability of wireless charging technology in a fleet of electrified taxis, which will feature both wireless and plug-in charging capability.

A total of 10 modified LEVC TX and Nissan Dynamo electric taxis will be trialled under the scheme, in which drivers will transport members of the public in real-world tests for a six-month period.

The trial will collate information such as journey distances and battery performance data and drivers will report back on their experiences of using the technology.

Richie Frost, Founder and CEO of Sprint Power said: “We are delighted to be part of this pioneering project and are on track to deliver these custom-built products in time for the taxis hitting the streets of Nottingham.

“I firmly believe this exciting project not only demonstrates Sprint Power’s technical and engineering capabilities; it also underscores the importance of wireless charging technology to this country’s shift towards sustainable mobility.”

Funding for the project – which includes organisations such as CENEX (Centre of Excellence for Low Carbon and Fuel Cell Technologies), Coventry University, Nottingham City Council, Shell, Parking Energy, and Transport for London – has been provided by Innovate UK.