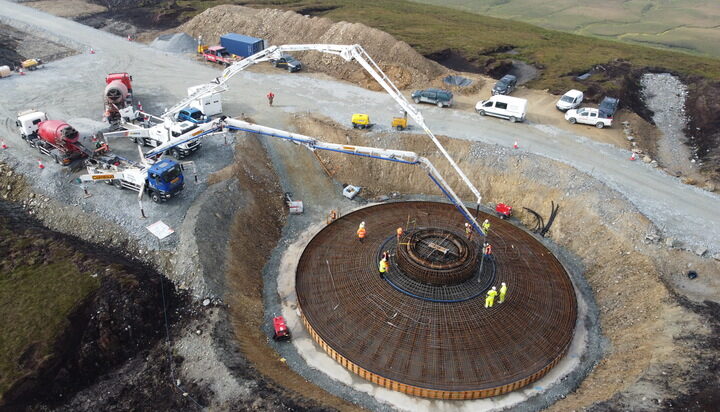 A 443MW wind farm in the Shetland Isles has reached a milestone with the pouring of concrete on the first wind turbine base.

Once commissioned, the so-called Viking Energy wind farm, which is being developed by SSE Renewables, is forecast to generate enough energy to power 475,000 homes and save half a million tonnes of carbon dioxide every year.

Derek Hastings, Head of Onshore Wind Farm Development, said: “While there is still a way to go until the completion of the Viking Wind Farm, we have come so far in a relatively short time, one which included the challenges of the pandemic and unusually prolonged winter weather in Shetland.

“We are another step closer to realising SSE Renewables’ own wind energy targets and the net zero ambitions of both Scotland and the UK.”