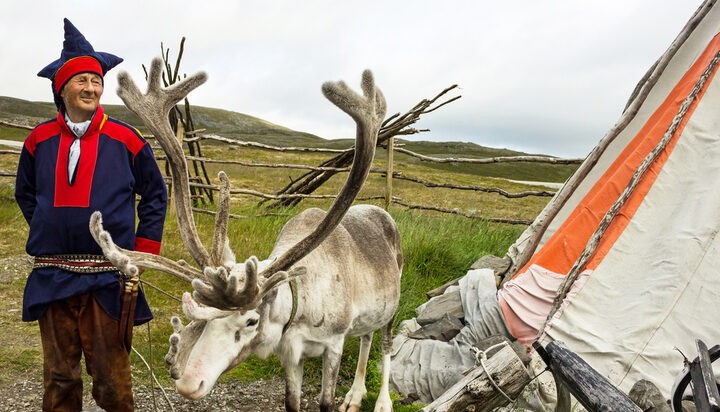 The case concerns the validity of decisions on licensing to two wind farms on the Fosen peninsula.

Herders from the Sami people claimed these wind farms, the construction of which was completed last year, are harming the reindeer herding industry.

Herders said the wind turbines were installed within the Fosen reindeer grazing zone and the development violated their rights to cultural practice.

Knut Helge Hurum of the law firm fend told ELN: “The Sami reindeer herders have protested against these two specific windfarms from the beginning. The owners of the wind parks chose to build them anyway before there was a final decision from the courts.

“They took a commercial risk with the knowledge of the protest against the windfarms. They could have built other windfarms that did not impact the Sami reindeer herders in the same way.”

Mr Helge Hurum added: “The decision is important for the protection of minority rights in areas where windparks are planned, I do not think the decision in the bigger picture will impact the furture for renewable projects, but it will impact on the decisions on where and how to build them.”

Ole Berthelsen, Head of Communications at Norway’s Ministry for oil and energy, said: “The Ministry has noted the decision from the Supreme Court.

“The state has not been a party to the case but has participated as a party assistant because the outcome could have an impact on the licensing process.

“The Supreme Court ruling triggers a need for clarification of the situation. The ministry will familiarise itself thoroughly with the decision and must return to how the case is to be handled further.”

Tom Kristian Larsen, General Manager of Fosen Vind which operates one of the wind farms, said: “This verdict obviously comes as a surprise to us. The Norwegian authorities gave us a final license after a long and thorough licensing process where all affected parties were consulted, and where the relationship to reindeer husbandry was particularly emphasised in the application process.

“We will now await the Ministry’s processing of this before we make any further comments.”