The UN has warned that more than 500,000 people are at the highest level of food insecurity, when Madagascar contributes a mere 0.01% of global GHG emissions each year 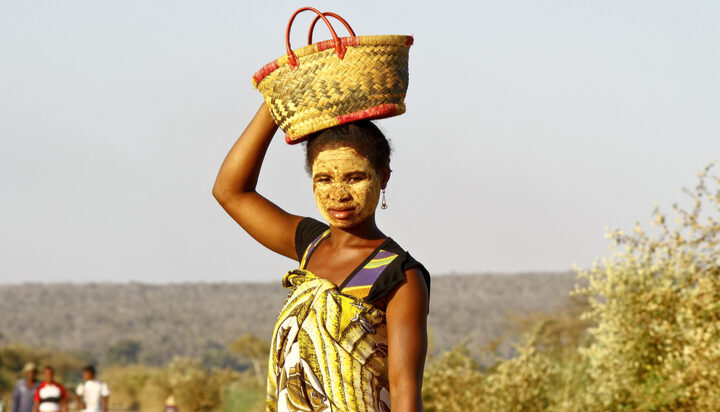 The African nation is currently experiencing the worst drought in four decades, with more than 500,000 people currently at the highest level of food insecurity following five years of heavy drought.

Scientists have linked directly climate change to the droughts in Madagascar, using the findings of the IPCC report earlier this year to show the change in aridity of the land from warming and carbon-intensive actions.

Shelley Thakral from the WFP said: “This is unprecedented. These people have done nothing to contribute to climate change. They don’t burn fossil fuels and yet they are bearing the brunt of climate change.”

The WFP was calling for the world to not ignore the situation from as early as June this year, when Executive Director David Beasley said: “We can’t turn our backs on the people living here while the drought threatens thousands of innocent lives. Now is the time to stand up, act and keep supporting the Malagasy government to hold back the tide of climate change and save lives.”

“This is not because of war or conflict, this is because of climate change. This is an area of the world that has contributed nothing to climate change, but now, they’re the ones paying the highest price,” he added.

Sadly, since then the situation has worsened, with many more Madagascans dying, in dire need of food and water and surviving mainly on cactus fruit.

The WFP has revealed that many previous droughts may be partly caused by climate change but then exacerbated by conflict or civil war – but not this time.

Shada Moghraby from the WFP told Yahoo News: “Unlike other crises where we have a high level of food insecurity, usually the cause of that is conflict — think about South Sudan or Yemen – but in southern Madagascar, it’s purely climate.”

Madagascar’s population is reportedly only responsible for 0.01% of yearly carbon emissions, with the entirety of Sub-Saharan African only having contributed 0.55% of overall greenhouse gas (GHG) emissions – but they are bearing the brunt.

This was a key stumbling block during the COP26 climate summit, held recently in Glasgow, as many developing countries have called it unfair that they are paying for the mistakes of the developed world.

The WFP states it needs $69 million (£51.6m) to feed more than one million people in Madagascar each month to stop the impacts of the famine.