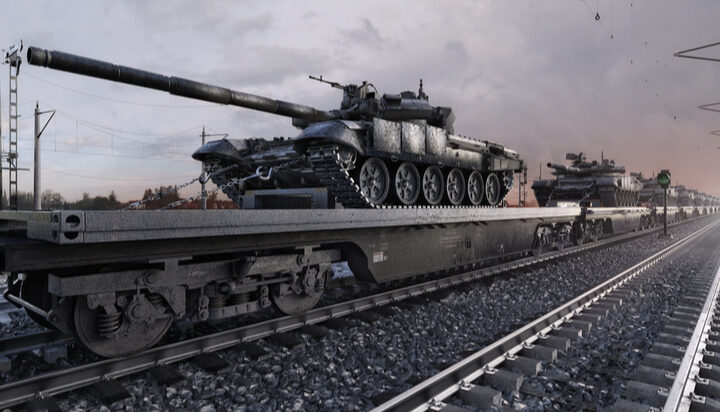 As tension between Russia and Ukraine escalates, experts have warned about potential blackouts that could put even more strain on power grids across Europe.

Analysts from the investment bank Goldman Sachs said the possible conflict between the two countries could drive gas prices above the record highs seen last month.

They also noted: “A one-standard-deviation colder than average February-March would lead end-winter inventories below the record lows of 2018, with electricity blackouts likely.”

Goldman Sachs said the European energy crisis “is not over yet” and predicted that gas prices are likely to stay twice as high as normal for the next three years.

Trade body Oil and Gas UK (OGUK) has also warned that the UK’s energy sector is ‘vulnerable’ to Russia’s threatened invasion of Ukraine.

OGUK Energy Policy Manager Will Webster said: “If the Russians reduce deliveries of gas to Europe, then it has to come from somewhere else, most likely as shipments of liquefied natural gas. That will increase competition for supplies, driving up prices and consumer bills even more.”