The projects have a combined capacity of 1.7GW 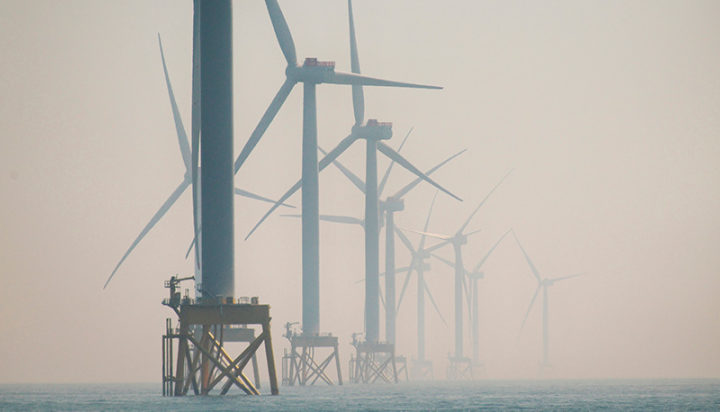 Ahead of the publication of its much-anticipated energy security strategy the government has given the go-ahead to two major offshore wind farms.

East Anglia ONE and East Anglia TWO offshore wind farms in Suffolk have been granted development consent by the Business Secretary.

The first 800MW project will consist of up to 67 wind turbines while the second 900MW wind farm will feature up to 75 turbines.

The projects are part of the £6.5 billion East Anglia Hub, is an offshore wind complex with a total installed capacity of 3.1GW, enough to power the equivalent of more than 2.7 million homes.

The wind farms will be developed by ScottishPower Renewables.

A ScottishPower spokesperson told ELN: “Offshore wind is exactly what’s needed to get more clean, green home-grown electricity onto the grid, so we can reduce our dependency on gas and reach net zero.

“We note the Secretary of State’s decisions to consent the East Anglia ONE North and East Anglia TWO offshore windfarm projects, which were designed to support the UK’s green energy security and help turn the government’s ambitions for offshore wind into reality.

“We’ll now fully assess what the detail of the decisions means in practice for our projects, our plans to generate enough affordable green electricity to power almost three million homes, and our ambition to support up to 7,000 jobs.”