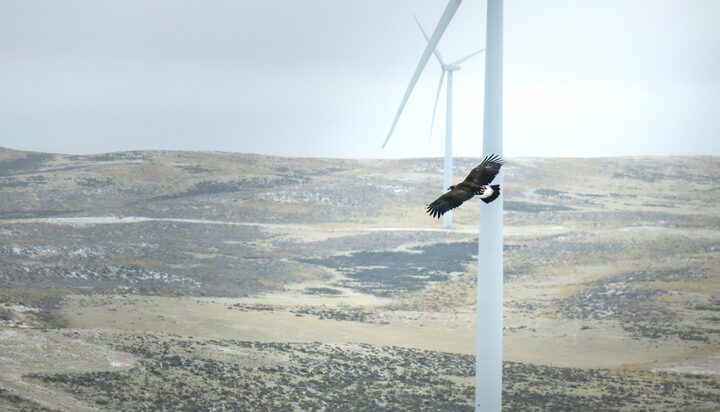 A US wind energy company pleaded guilty to killing at least 150 eagles at its wind farms.

ESI Energy acknowledged that at least 150 bald and golden eagles have died in total since 2012, across 50 of its 154 wind energy facilities, federal prosecutors have said.

Nearly 136 of those deaths have been attributed to eagles being struck by a wind turbine blade.

ESI Energy, which is a subsidiary of Nextera Energy Resources will have to pay more than $8 million (£6.1m) in fines and restitution.

The company has also committed to spending $27 million (£20.6m) on measures to prevent future eagle deaths.

Assistant Attorney General Todd Kim of the Justice Department’s Environment and Natural Resources Division said: “The Justice Department will enforce the nation’s wildlife laws to promote Congress’s purposes, including ensuring sustainable populations of bald and golden eagles and to promote fair competition for companies that comply.”

“For more than a decade, ESI has violated those laws, taking eagles without obtaining or even seeking the necessary permit. We are pleased to see ESI now commit to seeking such permits and ultimately ceasing such violations.”