Firm’s failures at a pumping station near Peterborough, Cambridgeshire killed dozens of fish, according to the Environment Agency 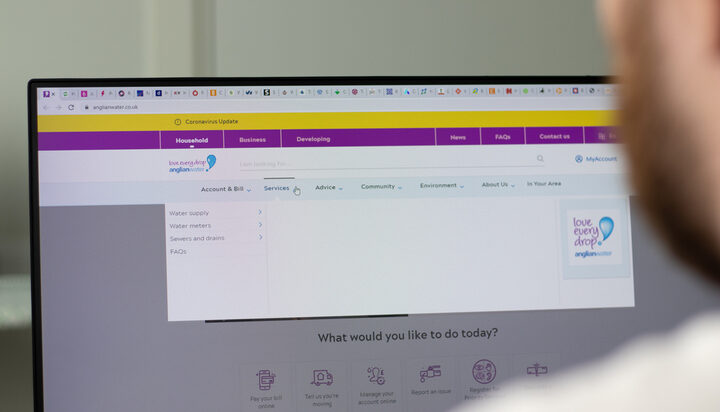 Anglian Water has been fined £18,000 for raw sewage flooding a Cambridgeshire river for hours.

The Environment Agency (EA) found that several failures at a pumping station near Peterborough took place.

The company was blamed for a ‘reactive attitude’.

District Judge Ken Sheraton said Anglian Water should have given “a higher category of response” to a second sewage pump failing because the site at Yaxley was operating at a lower capacity with another pump already out of order.

The pumps were meant to regulate the flow of effluent but had stopped working a week apart, meaning raw sewage poured into Pig Water Drain for several hours and the damage was done before an engineer arrived at the pumping station.

EA’s investigators said at least 60 fish died with “no chance of surviving the incident” in February 2019.

Louis de Quincey, who led the EA investigation, said: “With only a single pump in operation, this was always likely to increase the chances of an incident.

“Anglian Water should have sped up its response time as a result. Many hours passed before a technician stopped sewage entering the water.

“Anglian Water could and should have acted quicker.”

A spokesperson for Anglian Water told ELN: “We take our responsibilities to the natural environment very seriously, and deeply regret the incident at one of our pumping stations in Yaxley in 2019.

“We continually monitor our sites through an extensive network of sensors and alarms. This provides a 24/7 view of how our assets are operating and is very effective.

“However, on this occasion, a number of factors combined and one of our pumps didn’t work as it should have done because of an intermittent signal failure on a flow sensor.

“Our technician responded to the alarm and, once on site quickly stopped the flow, however, there was a spill from the pumping station into the Pig Water Drain and a short section of the Yaxley Lode.  The issue was resolved and the impact was short-lived.

“As the judge noted, the actions taken by the technician on the day helped to minimise any further damage. The control system was rectified within 24 hours of the issue occurring.

“We work hard to protect and enhance the environment and so it is particularly distressing when incidents like this occur. We operate more than 1,100 water recycling centres and a 40,000-mile sewer network across our region.

“We know there’s no room for complacency, and we’re absolutely determined to improve further and progress towards achieving our zero pollution goal.”