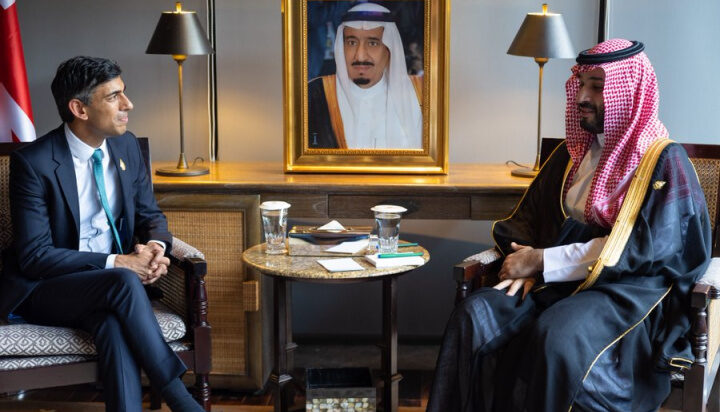 Rishi Sunak has met with the Saudi Crown Prince and discussed the current energy crisis on the sidelines of the G20 summit in Bali, Indonesia.

The leaders are said to have discussed joint efforts to stabilise oil markets.

Saudi Arabia owns around 17% of the world’s proven petroleum reserves.

A Downing Street spokesperson said: “In light of the global increase in energy prices sparked by Russia’s invasion of Ukraine, the Prime Minister said he hoped the UK and Saudi Arabia could continue to work together to stabilise energy markets.”

US President Joe Biden does not plan to meet Saudi Prince Mohammed bin Salman following their clash over OPEC’s decision to cut oil production by two million barrels a day.