In his Autumn Statement, the Chancellor confirmed that the cap of the Energy Price Guarantee will rise to £3,000 a year 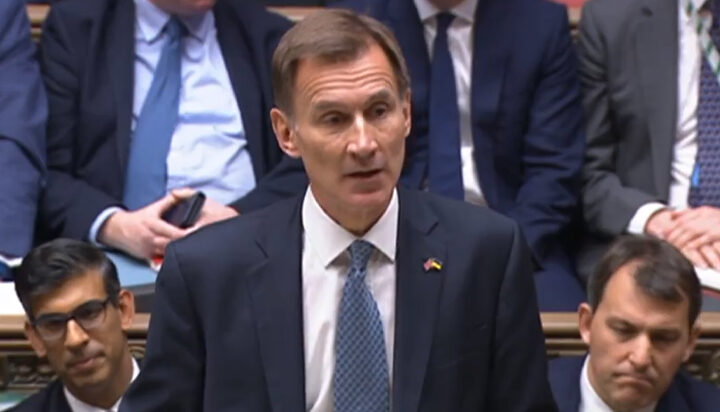 The Chancellor has delivered his Autumn Statement, laying out the government‘s financial priorities in times of economic uncertainty in the UK.

Jeremy Hunt has pledged £30 billion in spending cuts and £24 billion in “substantial tax increases” as he set out the government’s top priorities, stability, growth and public services.

The Chancellor, said we are still dealing with the pressures created by the made-in-Russia energy crisis.

Mr Hunt committed the UK, to a “relentless fight” to bring the inflation rate down and a “rock solid” effort to rebuild public finances.

What will happen to energy bills?

The government has confirmed what was expected from leaks in the press. More targetted support will be offered through the Energy Price Guarantee.

The Chancellor has said the Energy Price Guarantee will stay, but its cap will rise to £3,000 a year rather than the current £2,500.

Without the government’s support, experts have estimated the figure could have hit nearly £4,000.

The current Energy Profits Levy on oil and gas generators will be reformed to tax 35% of excess profits rather than the 25% currently set.

This change will be seen from 1st January until March 2028.

The Chancellor also said that renewable electricity generators would also be included in the windfall tax for the first time. This will be a temporary 45% levy.

Mr Hunt said: “I have no objection to windfall taxes if they are genuinely about windfall profits caused by unexpected increases in energy prices. But any such tax should be temporary, not deter investment and recognise the cyclical nature of many energy businesses.”

Together, these taxes will raise £14 billion next year.

The move had been previously heavily criticised by the energy industry and companies saying that it could hurt investment in renewables.

Earlier this week, the boss of ScottishPower said the company might consider diverting investment outside of Britain if renewable power generators were to face a windfall tax on their profits.

The government has also confirmed that electric vehicles (EVs) will “no longer be exempt from Vehicle Excise Duty (VED)” from April 2025 – currently, EVs do not pay any VED in the UK.

The move aims to make the motoring tax system “fairer”, the Chancellor confirmed.

Wrong time to step back from our climate targets

Jeremy Hunt said that despite the financial pressure, it would be the “wrong time” to step back from the UK’s climate efforts.

The Chancellor explained: “But with the existential vulnerability we face, now would be the wrong time to step back from our international climate responsibilities.”

The Chancellor reassured that the government remained fully committed to the historic climate pact agreed upon at the COP26 in Glasgow.

The Chancellor also confirmed that the government would proceed with the new nuclear power station Sizewell C.

In the coming weeks, it is expected that contracts will be signed to get the nuclear plant in the south east of England off the ground.

He has also set a new national energy efficiency goal to “reduce energy consumption from buildings and industry by 15%”.

Jeremy Hunt has also committed to investing another £6 billion in energy efficiency measures.