Global carbon emissions ‘will peak in 2026’

Global carbon dioxide emissions are expected to peak in 2026. By 2040, they will be 4% lower than they were in 2016, according to a new report from Bloomberg New Energy Finance […] 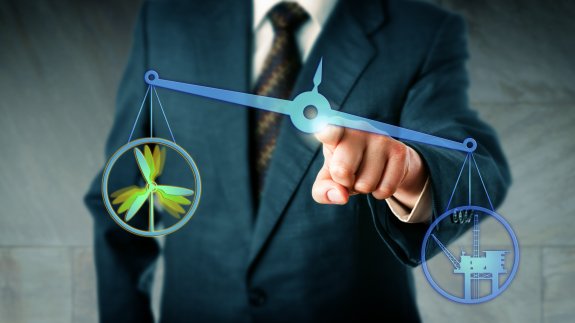 Global carbon dioxide emissions are expected to peak in 2026.

It also suggests renewable energy costs will undercut the majority of existing fossil power stations by 2030.

The report predicts solar energy costs will drop two-thirds by 2040, with onshore wind costs falling by 47%.

It says renewable energy is set to make up almost three quarters of the $10.2 trillion (£8tn) in new global power investments up until this point.

This would see clean power making up 48% of the world’s installed capacity and 34% of electricity generation by 2040.

The report says China and India are a $4 trillion (£3.1tn) opportunity for the energy sector and will respectively account for 28% and 11% of all investment in power generation by 2040.

With regards to fossil fuels, it predicts sluggish demand, cheap renewables and a shift from coal-to-gas will slash coal use by 87% in Europe.

In the US, coal use in power production is expected to nearly halve as old plants are not replaced and other facilities start burning cheaper gas.

Coal generation in China is forecast to expand by a fifth over the next decade but reach a peak in 2026.

Seb Henbest, Lead Author of the report, said: “This year’s report suggests that the greening of the world’s electricity system is unstoppable, thanks to rapidly falling costs for solar and wind power and a growing role for batteries, including those in electric vehicles, in balancing supply and demand.”