Large on site renewables projects are being squeezed out by changes to the Feed in Tariff (FiTs), the Renewable Energy Association (REA) has warned. They could make a substantial contribution […] 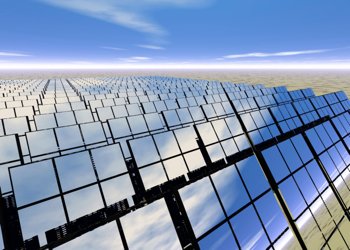 Large on site renewables projects are being squeezed out by changes to the Feed in Tariff (FiTs), the Renewable Energy Association (REA) has warned. They could make a substantial contribution to the UK’s 2020 target but aren’t being given enough incentive to plump for on-site generation, suggested Gaynor Hartnell.

The REA chief executive said: “The current Feed-In Tariff is now being recast as a measure intended only for householders and community projects, and so these larger on-site users are being squeezed out. Larger on-site generators should have an extension of the current fixed FiT if they are to play a role in the future.”

The FiTs are one of the key measures in the Government’s Electricity Market Reform which was announced in a White Paper this week. They give cash incentives to producers of renewable energy like solar, biomass and CHP (combined heat and power). Currently, the main support scheme for renewable electricity projects in the UK is the Renewables Obligation. REA worry that an uneven overlap between the two could be detrimental to bigger projects.

Ms Hartnell said: “Potential industrial and commercial on-site generators are in danger of falling through the gap between Feed-in-Tariffs and the RO (Renewables Obligation) / EMR.”

Fielding criticism over the FiTs cut in the Commons this week, Energy Secretary Chris Huhne said that financial aid for all solar installations under the size of “two tennis courts” was in good nick, while Energy Minister Greg Barker has said previously that the FiTs scheme is tailored to help specifically smaller schemes.