Although I’m working on a few other posts, I’ve been distracted this past week by a number of key documents, speeches, and data releases (and of course, the omnipresent preoccupation […] 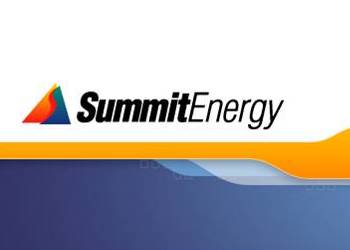 Although I’m working on a few other posts, I’ve been distracted this past week by a number of key documents, speeches, and data releases (and of course, the omnipresent preoccupation of linking cartoons to commodities). Hither and thither, here are some observations I have cobbled together.

1 ) The EIA International Energy Outlook released on Monday (hereafter referred to as the EIA IEO) projects world energy use to rise by 53% by 2035. Energy demand in OECD economies (i.e. developed countries) is set to pootle higher at 0.6% annually, while non-OECD economies (i.e. emerging markets) lead the charge with an annual rate of 2.3%. (And yes, pootle is a word).

2 ) Natty is Eeyore. Yep, US natural gas is a donkey. The triple whammy of the passing threat of the peak of hurricane season, record domestic production, and demand at its lowest ebb for the year means bouts of buying interest are being met with pessimism and apathy – similar characteristics to that of our gray friend with a detachable tail and an appetite for thistles. Natty is tickling the prompt month low for the year.

4 ) If natural gas is Eeyore, crude oil is currently Tigger – constantly bouncing around, but not being very cohesive. Even if that is what crude likes to do best.

5 ) IEA IEO: Coal’s share of total world electricity generation falls from 40% to 37% in 2035, but still sees consumption grow by 1.5% annually. The biggest headwind to less reliance on coal is China; it accounts for 76% of the net increase in coal consumption.

6 ) A decent leading indicator for industrial production is the Ceridean-UCLA Pulse of Commerce Index, which essentially tracks real-time diesel consumption. In August, however, it showed a decline while industrial production expanded. Such a divergence is unusual, highlighting the need to be ever-more vigilant about the health of the industrial sector.

7 ) Opec has been faster than Usain Bolt in switching from calling for the need for increased production, to calling for it to be cut. A mere three months ago the cartel was unable to agree on a formal production increase to curb prices (leading to an informal increase led by Saudi Arabia), while just a few days ago the Secretary General of Opec said that some Gulf oil producers are likely to cut production as Libyan supplies return.

8 ) The latest World Economic Outlook from the IMF was released yesterday and is titled ‘Slowing Growth, Rising Risks’, which says it all, really. Their baseline forecast for global growth is 4%; by their own measure, global economic growth of 3% or less is equivalent to a global recession. Not much wiggle room there…a ‘dangerous new phase’ indeed.

9 ) I guess this means that gasoline prices are Piglet, still a porky 31% higher than they were last year. This is due to prices being driven higher by Brent pricing, and nothing to do with lacklustre gasoline demand.
10 ) And I have saved the nuttiest observation for last. It is once again from the EIA IEO: China and India will consume 31 percent of the world’s energy by 2035, up from 21 percent in 2008. In 2035, Chinese energy demand will exceed that of the U.S. by 68%.

‘Til next time, TTFN.