Using wind power is hindering Britain’s ability to cut carbon emissions, claims a new report today. On top of this, it suggests wind is by far the most expensive energy […] 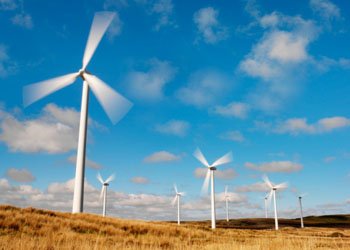 Using wind power is hindering Britain’s ability to cut carbon emissions, claims a new report today. On top of this, it suggests wind is by far the most expensive energy source compared with coal, nuclear and gas.

The claims come from a report by independent thinktank Civitas which damns Britain’s focus on the renewable energy source for being driven by “draconian” emissions cuts. The report suggests onshore and offshore wind are more than twice as costly as nuclear power, arguing that gas-fired combined-cycle gas turbines (CCGT) are also far cheaper.

The report’s figures include ‘add-on costs’ predicted by Colin Gibson, former Power Network Director at the National Grid Group. These cover the cost of backing up intermittent wind power with gas as well as improving the transmission network to cope with wind. But renewable groups have already jumped on the report, dismissing the findings as “out of date”, based on “inaccurate assumptions” and “the work of anti-wind cranks”.

Dr Gordon Edge, Director of Policy at trade body RenewableUK said: “Wind can be integrated into our existing electricity system to act as a fuel saver, enabling us to harness the weather when it’s available. Some additional investment is required, but credible analysis puts the cost at one-sixth of Mr Gibson’s inflated claims even with wind providing two-thirds of our power.”

But economist Ruth Lea, author of the report told ELN that wind was “inordinately expensive” and found the ‘crank’ comments “slightly bizarre” and said the Civitas report uses a wide range of statistics including data commissioned by DECC.

Ms Lea added: “We want to find a cheap way of cutting carbon dioxide emissions, not the most expensive.”