Off-grid customers might not get a ‘fair’ deal on heating

Off grid customers could be at a disadvantage compared with homeowners connected to the mains. This is the concern of MPs on the energy select committee who today quizzed heating […] 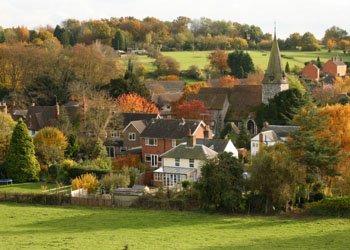 Off grid customers could be at a disadvantage compared with homeowners connected to the mains.

This is the concern of MPs on the energy select committee who today quizzed heating oil and gas chiefs in the Commons on whether off-grid customers were given a “fair” level of support.

Unlike off-grid users, mains customers are guaranteed help from energy suppliers if they are seen as vulnerable, for example if they are low income earners or are recovering from debt.

At the inquiry into ‘Fuel poverty in the private rented and off-grid sectors’, Barry Gardner MP questioned the fairness of the current supply system.

He said: “If you believe your customers deserve the same treatment as mains gas and electricity grid customers, [why are] you under no obligation to provide protection from disconnection for low income or vulnerable customers? Nor are you obliged to take into account if they are recovering from debts?”

The Labour MP also questioned whether government should step in and make this support a condition to get a supply licence.

Mark Askew, chief executive of the Federation of Petroleum Suppliers, which represents off-grid oil suppliers, suggested the industry didn’t have room to take on such an extra cost itself because the profit margin was only 2%.

He said: “The amount of people not being given oil when they need it is remarkably low… The cost of providing oil to people who can’t pay for it and covering maybe additional routes would have to be taken on somewhere. As an industry we don’t have the profit margins.”

Mr Gardner countered the point by suggesting mains suppliers – who are obliged to help vulnerable customers – had previously told the committee they had similar margins.