Drax is cancelling plans to build a dedicated biomass plant in Selby, North Yorkshire because it is too expensive. The power firm cited huge costs and a government “rethink” on […] 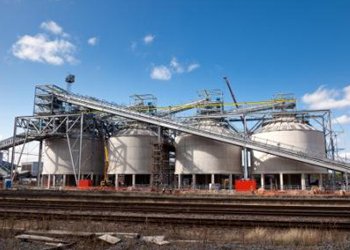 Drax is cancelling plans to build a dedicated biomass plant in Selby, North Yorkshire because it is too expensive.

The power firm cited huge costs and a government “rethink” on support for biomass for the decision.

A spokesperson told ELN: “It was a development with marginal economics and with extra pressures, it came to the point where this investment was not a viable option.”

Drax intends to focus on co-firing biomass at its existing coal plant on the Selby site instead. It plans to spend £50 million this year boosting the amount of energy its coal-fired plant produces with biomass (pictured) from 12.5% to 20%.

The firm said this would increase capacity by 300MW, the same amount as building a whole new plant, but at a fraction of the price. The new plant would have cost around £600-700 million.

The Government’s shifting support for biomass, with plans to lower the amount of subsidy for dedicated biomass while doubling the amount for co-fired biomass under the Renewables Obligation review, also affected the decision.

Drax didn’t specifically rule out cancelling its other full biomass project: “Immingham is in a better position. We’re exploring all the options we have at the moment.”

The Government denied the news would diminish the role of biomass in the UK energy mix.

A DECC spokesperson said: “Not at all. This is just one announcement by one company. We still stand by our scenarios in the Renewables Roadmap and expect biomass to contribute to our renewable energy targets.”